The future of Radiocommunication technologies to enhance connectivity 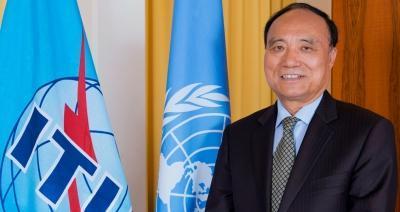 The future of Radiocommunication

"The ITU Radiocommunication Sector plays a central role in the technological progress of telecommunications and information, and communication technologies," said ITU Secretary-General Houlin Zhao. Issues facing the ICT sector have become increasingly diverse and complex, according to Zhao, who as ITU's 19th Secretary-General, is an expert in ICT, and is committed to further extending ITU's community by encouraging more industry members and academia from around the world to join the ITU family.

One of the fascinating technology systems addressed during the Assembly, was IMT-2020 - the next-generation 5G mobile system - as an extension of ITU's existing family of global standards for International Mobile Telecommunication systems (IMT-2000 and IMT-Advanced), which serve as the basis for all of today's 3G and 4G mobile systems. During the Assembly, principles and processes were established for the development of IMT-2020, which is set to be available in 2020, ushering in new paradigms in connectivity in mobile broadband wireless systems to support, for example, extremely high definition video services, real time low latency applications, and the expanding realm of the Internet of Things (IoT).
Speaking of the Internet of Things, international standards for its technologies and its applications, including machine-to-machine (M2M) networks, smart cities, and Ubiquitous Sensor Networks (USN), have been under development in the ITU Standardization Sector (ITU-T) and other standards bodies for some time now.

During the RA-15 Assembly, it was recognized that the internationally connected world of IoT significantly builds on connectivity and functionality, which is only made possible by radiocommunication networks. It was noted that growing the number of IoT applications may require enhanced transmission speed, device connectivity, and energy efficiency to accommodate the significant amounts of data among a plethora of devices. Thanks to the Assembly, it was decided upon to conduct studies on the technical and operational aspects of radio networks and systems for IoT in collaboration with ITU-T and relevant standards development organizations.

The advantages of Internet of Things are numerous, ultimately able to help individuals, businesses, and society on a daily basis. For some, the new concept may assist in many forms, such as health, safety, and everyday planning. For example, with the healthcare system, IoT could allow for hospitals to monitor the vital signs of the patient. By tracking their vital signs, IoT could help indicate whether or not serious assessment is necessary. By monitoring an individual's health, it will allow hospital staff to judge who needs primary attention, eliminating the struggle of constantly assessing patients. Aside from that, another benefit of IoT is that it could significantly boost businesses. The system could assist in many different areas, from asset tracking an inventory control, to shipping and location, security, individual tracking, and even energy conservation.

A specific example of the advantages of IoT, from: A Successful 'Internet of Things' Hinges on M2M, is the operation of Nestlé's Nespresso Coffee Machine, which has "the ability to monitor factors such as temperature setting, vibration; and pressure helps ensure quality output, potentially leading to greater customer satisfaction and continued repeat business" (Frenzel, 2012).

As this example implies, the IoT system can be totally beneficial for a company to ensure quality service is given to their customers. In addition, IoT has the ability to track individual consumers, and targeting these consumers based on the information supplied by the devices, basically providing a more personalised system that could potentially boost sales and increase demographics.

Typical satellites are known to be expensive to build and launch, but thanks to the likes of Orbital Sciences (American organization), they initiated the release of 29 small satellites into orbit last year, a record for a single mission. In addition, Kosmotras, a Russian joint-venture, carried 32 satellites into a similar orbit. Many of these satellites were built in a standard format known as CubeSat, a 10cm (4 inch) cube weighing just 1.3kg or less.
According to the Economist, after a decade of fits and starts, during which some 75 CubeSats were launched, satellites of this scale and other small satellites are moving from being experimental kit, to delivering useful scientific and commercial services. It is predicted that in the next five years or so, some 1,000 nanosatellites will be launched.

The RA-15 Assembly resolved to develop material, such as Recommendations (standards), Reports, and a Handbook on small satellites, to enhance knowledge of the procedures for submitting filings of satellite networks to ITU. In addition, the Assembly also requested the ITU Secretary-General to bring this Resolution to the attention of the United Nations Committee on Peaceful Use of Outer Space, with the hopes of further development and efficiency.

Increased amount of satellites ultimately provides a wealth of benefits, including cost effectiveness (cost of satellite capacity does not increase with the number of users/receive sites, or with the distance between communication points); global availability; and superior reliability (when terrestrial outages occur from man-made and natural events, satellite connections remain operational).

Last but not least, the RA-15 Assembly recognized the continued work in the Radiocommunication Sector (ITU-R) to support and protect the needs of persons with disabilities and persons with specific needs. The Assembly specifically asked ITU-R to continue studies and research related to accessibility in the development of devices and applications, while promoting compatibility of new technologies. ITU-R will conduct these studies in collaboration with ITU's Telecommunication Standardization and Development sectors in consultation with persons with disabilities and specific needs.

Telecommunications enables the elderly, and those with disabilities to live as safely and independently as possible within their own homes. As an example, to provide a safe home environment for a person who has low vision, poor manual dexterity, or difficulty remembering things, monitoring systems can turn off devices that have been left on too long, can emit warning alerts, measure temperatures, watch for movements in a room, and activate switches.

Specifically for elderly, the interactive communication systems that we have in our lives can be thoroughly enjoyed from the comfort of home. Many retired people have taken to the internet with enthusiasm. The coming together of interactive digital television, radio, and the internet is opening up ever more opportunities for people to enhance their access to information, manage finances, communicate, and trade.

With all of this in mind, it was clear that delegates who attended the ITU Radiocommunication Assembly were provided an awesome range of technologies that we can look forward to in the future. From the vast range of possibilities of 5G and Internet of Things, to the influential interconnectedness of small satellites, the RA-15 Assembly provided an interesting insight into the world of Radiocommunication.