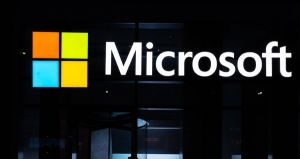 After temporarily closing its Microsoft Stores in March because of the pandemic, the company has decided to make it permanent.

The company said that the move will “result in a pre-tax charge of approximately $450 million” which “includes primarily asset write-offs and impairments.”

"Microsoft will continue to invest in its digital storefronts on Microsoft.com, and stores in Xbox and Windows," the statement said.

The four locations that will become Microsoft Experience Centers are in London, New York, Sydney and at the company's Redmond, Washington headquarters.

"Our sales have grown online as our product portfolio has evolved to largely digital offerings, and our talented team has proven success serving customers beyond any physical location," said Microsoft corporate vice president David Porter.

Microsoft in recent years has been relying more on its services such as cloud computing, with the retail locations focusing on its Surface tablets and laptops as well as Xbox gaming gear. But the physical stores failed to gain momentum.

Independent technology analyst Neil Cybart said the closures were because "the Surface business increasingly looks to be losing momentum in the consumer space."

The impact of the pandemic has not yet been reflected in Microsoft's financial results. It posted a net profit of $10.8 billion from January to March, up 22 percent year-on-year, on a turnover of $35 billion.