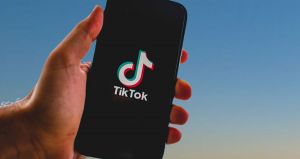 TikTok’s CEO said he has quit the company as tensions soar between Washington and Beijing over the Chinese-owned video platform.

Kevin Mayer said that he was resigning after the company came under sustained pressure from the Trump administration over its alleged ties to China.

Mayer's resignation comes days after TikTok filed a lawsuit challenging a crackdown by the US government over claims the wildly popular social media app can be used to spy on Americans.

TikTok has been at the center of a diplomatic storm between the US and China, and President Donald Trump signed an executive order on August 6 giving Americans 45 days to stop doing business with TikTok's Chinese parent company ByteDance, effectively setting a deadline for a sale of the app to a US company.

TikTok, which has been downloaded 175 million times in the US and more than a billion times around the world, argued in the suit that Trump's order was a misuse of the International Emergency Economic Powers Act because the platform, on which users share often playful short-form videos, is not "an unusual and extraordinary threat."

Former Disney executive Mayer, who has only been in the post since May, said in a letter to staff that the "political environment has sharply changed" in recent weeks.

"Against this backdrop, and as we expect to reach a resolution very soon, it is with a heavy heart that I wanted to let you all know that I have decided to leave the company," he wrote.

"I understand that the role that I signed up for, including running TikTok globally, will look very different as a result of the US administration's action to push for a sell-off of the US business."

TikTok said in a statement: "We appreciate that the political dynamics of the last few months have significantly changed what the scope of Kevin's role would be going forward, and fully respect his decision. We thank him for his time at the company and wish him well." 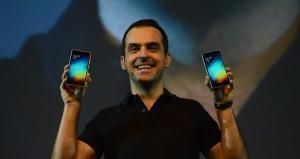 Chinese smartphone maker Xiaomi has been dealt a fresh blow following the resignation of their charismatic global VP Hugo Barra. Barra has overseen Xiaomi’s incredible growth from an in-house start-up to market leader, but his decision to depart from the company represents the struggles currently afflicting the organization.

In the last two years in particular have seen Xiaomi faced with several obstacles as competition in the already saturated smartphone market intensifies on a global scale.

Barra joined the start-up over three-and-a-half years ago from Google, but he publicly announced via his Facebook account that his decision to resign was due to a much-needed break, and he also indicated that he will be embarking on a new adventure in Silicon Valley, but not disclose exactly what that adventure will entail.

In the Facebook post, the outgoing Xiaomi Global VP said, “We turned India from a dream into Xiaomi’s largest international market with $1 billion in annual revenues. We expanded into Indonesia, Singapore, Malaysia, and more recently 20 other markets including Russia, Mexico and Poland and we teamed up with Google to launch our first official product in the US.”

Xiaomi have confirmed that SVP Xiang Wang will oversee global operations in light of Barra’s departure from the company which will be after the Chinese New Year holidays in February.

Xiaomi suffered a dismal 2016 with the total shipments falling drastically – which led to its market share to plummet and its overall valuation to plunge. The fast-rising smartphone maker was once valued at a whopping $46 billion and was recognized and identified as the world’s most valuable start-up.

However, that valuation is now reported to be in the region of just $3.6 billion following the release of the smartphone ranking after Q2.

In November, Barra stated that he was confident the company would be largely unaffected by the sharp drop in smartphone sales because its profitability is more dependent on smart home devices and its software ecosystem.

Management at Xiaomi chose not to release any financial information – but is confident of returning to former glories when the privately-held firm was, for a brief spell, the third largest smartphone maker in the world. During those dizzying times, the Chinese company saw its market share double year-on-year to 5.6% by Q3 in 2014.

In the same year it was the top-selling smartphone maker in China from April to July, with its market share peaking at 31.6 percent. Xiaomi attempted to diversify its product line and expanded its range of home devices, which include rice cookers and air and water purifiers. Sales of smart home devices were forecast to double to CNY10 billion ($1.5 billion) last year.