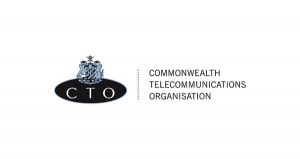 The Executive Committee of the Commonwealth Telecommunications Organization (CTO) is pleased to announce the appointment of Ms. Bernadette Lewis to lead the organization as its first female Secretary-General in its 120 year history. Ms. Lewis, a national of the Republic of Trinidad and Tobago, was recruited for the position following a competitive selection process.

Prior to her appointment, Ms. Lewis led the Caribbean Telecommunications Union (CTU) and was also its first female Secretary-General. She is credited with revitalizing and re-establishing the CTU as a credible, vibrant and relevant information and communication technologies (ICT) organization and ensuring its success and growth at a time when rapid technological innovations were disrupting the telecommunications industry.

Ms. Lewis brings to the CTO, expertise in ICT and more than 25 years of experience working in the public and private sectors, as well as national and international ICT organizations. A passionate and strong advocate for ICT-enabled development, Ms. Lewis has received many awards for her pioneering work in the ICT sector.

Speaking about her appointment, Ms. Lewis stated, “The COVID- 19 pandemic has changed the world forever. I believe that the CTO has a very important role to play in supporting its members in making effective use of ICT to transform their nations and to become more resilient in the face of the impact of COVID- 19 and the other challenges that will assail us all in the 21st Century.” Ms. Lewis also stressed the need for every citizen of the Commonwealth and beyond to have affordable access to ICT and to be able to use them effectively to improve the quality of their lives. 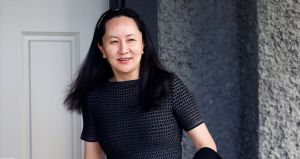 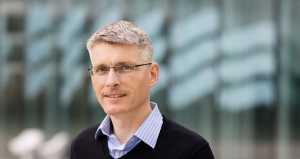 Ericsson has endured a difficult number of years in the telecommunications market, but newly-appointed CTO Erik Ekudden has expressed his optimism moving forward – vowing that the Swedish vendor will focus on key trends they’ve identified such as ‘automation’. The CTO disclosed that the key trends were identified following intense discussions with Ericsson’s customers and its leadership team since his appointment on July 1st.

Ekudden believes that Ericsson is well-placed to deliver on some of the technology trends which have been established. However, he did concede that it must develop new skills and capabilities in conjunction with other key industry players in order to be in a position to capitalize on the remainder.

One of the key trends identified is providing an adaptable technology base by combining software and hardware. According to the executive Ericsson’s experience and nous ensures that it can improve the efficiency of networks and ultimately ‘lower costs’.

Other keys trends identified by Ericsson which were disclosed by Ekudden include the need to establish an advanced machine intelligence system - he claimed that the ecosystem for machine learning and AI platforms were maturing and that the Swedish telecommunications colossus was enhancing its operations in relation to the development of such network platforms.

However, it was in the area of ‘automation’ and IoT  which represents a great opportunity for Ericsson to assist its customer base in their ‘automation journey’ by offering better infrastructure and ultimately delivering an interaction between operations and networks which is much more intuitive and smooth.

Ekudden said, “Automation is a big theme among our customers. Ericsson is taking a leading role here, and we’ve got great experience in managed services and broader optimization capabilities. In addition to this, end-to-end security in IoT systems is crucial, and our goal is to establish what we call “hardware routes of trust” in every IoT device.”

However, the newly-appointed CTO stressed the importance of security and said it was imperative that it is considered when developing every new IoT device. He added, “It’s an architectural question, and it’s also about designing every node at a certain security level. This is something we take as a very important part of the products that we build on the network side.” 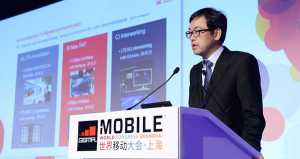 SK Telecom CTO, Alex Jinsung Choi, has claimed that whilst AI (Artificial Intelligence) will undoubtedly play a critical role in enhancing 5G networks – the technology itself still has a long way to go. SK Telecom’s CTO was speaking ahead of a VR and AR summit at Mobile World Congress Shanghai. (MWCS 2017)

According to Choi, AI will become a natural part of a consumers daily life, but did expresses his fears that it still has a considerable way to go before it’s in a position to be commercially deployed on a large scale. However, he did concede that he feels that AI technology does have the capabilities to ‘transform our lives’ by realizing things beyond our imaginations.

Choi said, “Although AI is being talked about a lot recently, it still has a long way to go. However, it is clear the pace of AI development and advancement will be accelerated thanks to the rapid development of related software and hardware technologies. As a result, AI will be used in many more areas to become a natural part of our daily lives.”

The consumer applications of AI continue to dominate the discussion at ICT industry exhibitions and tradeshows. However, Choi believes that AI represents great potential for mobile operators to utilize the technology to enhance the performance of forthcoming 5G networks.

He said, “Mobile networks have grown in complexity as they evolved from 2G to 3G, then to 4G. In the era of 5G the networks will become even more complex due to the use of diverse mobile technologies and massive cells. Also, the number of services, applications and devices it must support will grow explosively. AI will play a crucial role in operating these 5G networks in a stable and efficient manner. 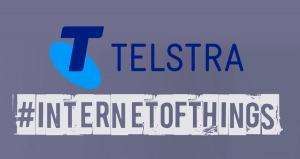 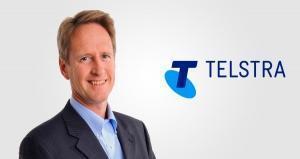 Eriksson has spent the past 30 years with Ericsson and was most recently Chief Strategy Officer, South East-Asia and Oceania. He headed Ericsson Australia and New Zealand from 2012 to 2014 and before that was Ericsson’s Group CTO from 2003-2012, including a two year stint from 2010-2012 as President of Ericsson Silicon Valley.

He replaces Vish Nandlall who was reportedly sacked in June for falsely claiming to have an MBA from Harvard, and for having plagiarized presentation content.

Telstra Group Executive Technology Innovation and Strategy, Stephen Elop, described Eriksson as “an industry veteran with an impressive track record in technology and innovation” who would “bring significant leadership to the CTO role with his success in building Ericsson’s technology leadership, driving research development and significant developments in the convergence of wireless and fixed line.”

He noted that, in n his role as Head of Ericsson Silicon Valley, he had built strong relationships within the local ecosystem.

“He has an intimate understanding of the Australian market and our business, a proven track record and a passion for technology and the customer experience [and] will provide significant global expertise in innovation as [Telstra] strides forward with its transformation to become a world class technology company that empowers people to connect,” Elop said.