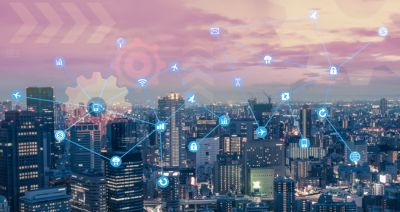 The UN’s International Telecommunications Union (ITU) has published the results of its ‘United for Smart Sustainable Cities’ initiative (U4SSC) which highlights Moscow’s efforts in digitally transforming the city, according to the Moscow Department of IT.

ITU experts named Moscow a pioneer in smart technology, which could serve as a blueprint for other cities around the world.

In 2019, Moscow worked on a study with ITU on such a large scale by undertaking an analysis of three spheres: economy, environment, society and culture, the study examined the impact of the city’s networks on each.

A list of 91 key indicators based on international standards were used for measurement. Of the 91 key indicators, Moscow ticked the boxes for 76, totaling 84%. Collected data demonstrated that the state, the citizens and private sectors actively engaged with information and communication technology (ICT) to accelerate economic growth and create innovation.

Cybersecurity and the protection of citizen’s data is a high priority for the government of Moscow. Aside from standard data protection practices, it is undertaking studies of blockchain implementation, AI and multifactor authentication to stay ahead of security threats.

Citizens have access to over 300 e-services online though the Gosuslugi platform enabling them to access essential public services without leaving home.

The level of ICT monitoring of roads and public transport is 100%. All of Moscow’s transport stops are equipped with screens of up-to-date traffic information.

The most ambitious project in this field was the housing renovation program. Over the next 15 years, 1 million citizens will be accommodated in new apartments across Moscow. The goal of the project – is the demolition and replacement of old apartment buildings with modern ones.

Many legislations have been passed on energy efficiency, fire safety, and building materials to achieve the goal. The buildings will be equipped with modern ICT infrastructure for 5G implementation and the introduction of intelligent building technologies and meters.

Moscow Electronic School (MES) is the largest e-learning project in the world. Thanks to the platform 100% of students have access to ICT resources, totaling around 970 thousand people.

A total of 77.6% of citizens (9.7 million out of 12.5 million) have electronic medical records and can sign up for a doctor's appointment online.

Data collected from the city’s various monitoring systems including sensors, meters, cameras and the “Active Citizen” and “Our City” initiatives, which collect valuable feedback from citizens, provided critical insights into the most problematic areas of city life. This has informed measures taken by the city to remedy the most pressing concerns.

More than 50 countries across the world have begun to implement key indicators of efficiency to reach their own smart city goals. Among them are Singapore, Dubai, Montevideo, Valencia, Huangshan and many others, each of which is a part of large scale experiments implementing new technologies to improve urban living. Participants of the U4SSC program exchange valuable information and experience with one another to promote the latest innovations in smart cities.

The “United for Smart Sustainable Cities” (U4SSC) is a UN initiative, supported by 16 UN agencies and programs and aimed at achieving Sustainable Development Goal 11: Make cities inclusive, safe, resilient and sustainable. U4SSC serves as the global platform to advocate for public policy and to encourage the use of ICTs to facilitate and ease the transition to smart sustainable cities.