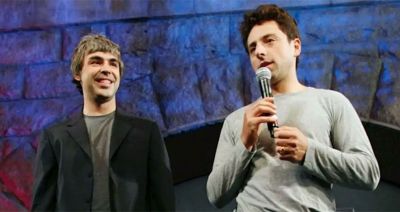 They will leave their respective roles as Alphabet's chief executive officer and president but remain on the board.

Alphabet was created in 2015 as part of a corporate restructuring of Google, which Mr Page and Mr Brin famously founded in a California garage in 1998.

The pair moved from Google to Alphabet when it was formed - saying they were making the jump to focus on starting new initiatives.

In a blog post, the co-founders, both aged 46, announced they were stepping back from the day-to-day management of the company.

A joint letter said they would remain "actively involved as board members, shareholders and co-founders", but said it was the "natural time to simplify our management structure".

"We've never been ones to hold on to management roles when we think there's a better way to run the company. And Alphabet and Google no longer need two CEOs and a President," their letter said.

They also declared it was time to "assume the role of proud parents - offering advice and love, but not daily nagging" and insisted there was "no better person" to lead the company into the future than Mr Pichai.