Ericsson’s new CEO insists the company will emerge stronger under his leadership, despite a tough road ahead 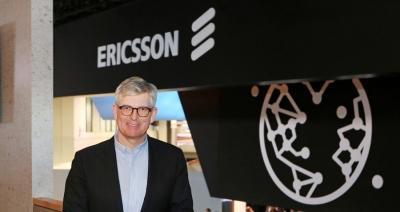 Ericsson’s newly appointed CEO, Borje Ekholm, has pledged to guide the beleaguered company through what he has labeled a “period of intense change”. The Swedish telecoms giant has endured some major setbacks, and was forced to lay off more than 3,000 of its Swedish staff last year. What’s more, the company has been forced to fight off bribery allegations after former executives of Ericsson told the US Securities and Exchange Commission (SEC) that they had engaged in multiple counts of bribery in different regions all over the world in an effort to secure major contracts.

However, incoming Borje Ekholm has insisted that under his tenure the company will come through this intensely difficult period, and will emerge as an “even stronger leader” in the industry. In a statement, Ekholm pointed to Ericsson’s position in the development of 5G as a reason to be optimistic for the future, and reiterated his desire to return the company to success.

Ekholm said: “As a company and an industry we are going through a period of intense change. Our job is to ensure that Ericsson emerges as an even stronger leader, providing the industry and our customers with superior products, services and solutions. We will ensure that Ericsson remains at the forefront of technological development – across all parts of our portfolio and markets. Our task is to make our customers successful, which in turn will make us successful.”

In addition to the 3,000 job losses in Sweden, Ericsson was also forced to lay-off over 1,000 of its staff in Italy. Ekholm’s appointment brings an end to the six month tenure of interim boss Jan Frykhammar, who took over following the resignation of long-term CEO Hans Vestberg in July last year.

To coincide with Ekholm’s first day as CEO, Ericsson announced it had signed a deal with Vodafone Hutchinson Australia (VHA) with hardware and software to virtualize the operator’s core and IP network. The collaboration between the two is a result of its high-profile Cisco partnership and Ericsson believes it represents the first time the two companies have worked together on telecoms cloud infrastructure for an operator.

VHA CTO Kevin Millroy said the new infrastructure “opens the door to new business models and markets,” citing the development of Internet of Things technologies as a particular aim for the company.

But this is just a small taste of success for a company facing a tough road ahead. Ekholm is a long-time board member at Ericsson, and is taking on the role of CEO at a time when the company saw its share price plummet 35 percent last year amidst steep revenue declines, competition from Chinese competitors, and a slowdown in carrier spending as large investments in fourth-generation wireless gear vastly wound down.

Caretaker CEO Frykhammar has done his best to cut costs, but hasn’t offered much clarity for the future of the company. That leaves Ekholm to lead Ericsson to a brighter future. There is hope, seeing as Ekholm once led Investor, the Wallenberg family’s investment company, during a 10-year period when the stock returned almost 300 percent.

At Investor, Ekholm, who is a trained engineer with Swedish and U.S. citizenship, generated impressive returns by updating the portfolio with wholly-owned, unlisted companies that helped to triple the stock price. The man is seen as an impressive executive, but he also sat on the board of Ericsson during the years when it declined, which has led some investors to doubt him, and prefer an outsider option.

In a recent phone interview with Bloomberg, Neil Campling, head of technology research at Northern Trust Securities, shared his opinion of the new Ericsson CEO: “First and foremost he has to rebuild the credibility of the company,” he said. “He has to do that by setting out a clear strategy and clear financial targets, and delivering on those targets.”

In a statement released on January 16, Ekholm said: “We are only at the beginning of the mobility journey as we in coming years will see massive transformation across industries. “Ericsson has shaped an entire industry and led technology developments.”

Ekholm was praised by Ericsson Chairman Leif Johansson in a statement: “Borje has a deep understanding of the business and the challenges Ericsson currently faces,” he said, adding that the CEO “will be able to guide Ericsson on the next steps of the company’s development.”

The most important thing for Ekholm to focus on as the new CEO of Ericsson, is evaluating the company’s costs, product offerings, and competitiveness against rising Chinese market rivals such as ZTE Corp. and Huawei Technologies. As China experiences an economic slowdown, these companies are getting more aggressive in their approach to pursuing business in Europe, which Ericsson will need to watch out for.

Business analysis firm IHS Markit claims Huawei took over Ericsson as the world’s largest supplier of mobile infrastructure in the third quarter of 2016 for the first time. In addition, CK Hutchison Holdings Ltd and VimpelCom Ltd have selected ZTE, not Ericsson, to merge and manage their Italian mobile networks. The deal represents evidence of Chinese suppliers scaling up Chinese operations, and also represents a big blow to Ericsson, which has business with both carriers.