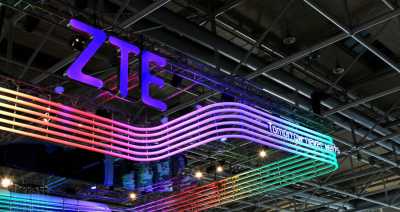 South Korean multinational conglomerate Samsung and Chinese vendor ZTE have both adopted aggressive strategies in relation to investment for 5G infrastructure – and many analysts are predicting that this approach will both disrupt and threaten the traditional trio of networks players which include Nokia, Ericsson and Huawei.

ZTE has focused largely on the development of 5G specifications in the last twelve months, which is much more than any of it previous forays in relation to mobile technology. The Chinese telecommunications equipment and systems colossus has doubled its R&D spending on 5G in 2016 to $400m – and has assigned 1,600 employees to work on the technology at four dedicated research facilities located in China, the US and Europe.

Director of Wireless Standardization, Wang Xinhui has claimed that ZTE’s inactivity with 2G, 3G and 4G was down to the fact that it lacked maturity, and declared it was now much better equipped for the forthcoming era of 5G. At a 5G Summit in Tokyo in May, he told Mobile World Live: “In the past we were simply less mature. With 2G and 3G, and even with 4G, we weren’t that big. But in the era of 5G, we were well prepared. We’ve spent a huge amount of money and devoted so much human resources, particularly towards the New Radio specifications.”

Chief analyst at Global Data Technology, Peter Jarich said it made perfect sense for an entity like ZTE to attempt to penetrate the 5G market, as the technology will require new expertise and infrastructure. He feels it’s a natural and logical progression from ZTE to invest heavily in 5G, as they recognize it as a phenomenal opportunity.

South Korean smartphone giants Samsung have also adopted a similar approach, and have been working on 5G since 2012, when it started its first mmWave research and development. It has previously stated that it firmly believes that strong 5G infrastructure will help ensure Samsung executes its mission which is to ‘connect everything’.

Samsung has boldly set its sights on becoming a top-three player in the 5G infrastructure market, and it has estimated that network equipment sales will treble to $8.6 billion in 2022. It has been disclosed that Samsung, which is the world’s largest smartphone maker plans to accumulate market share by moving swiftly and targeting the US market.

The reason behind its strategic targeting of the US market is that its Asian competitors such as Huawei and ZTE may face a ban on selling networking gear due to security concerns which have been raised by the government. In May, Samsung publicly announced that it had conducted the world’s first field trial of a multi-vendor, pre-standard 5G network with US telecommunications firm Verizon. In addition to this, more recently Samsung and UK communications firm Arqiva announced it had conducted the first field trial of 5G Fixed Wireless Access Technology in Europe that went live in Central London.

VP of next-generation business and products at Samsung Networks, Woojune Kim, has expressed his confidence they can become a top tier network player in 5G, citing the fact that its Finnish and Swedish competitors are currently struggling. This stark assessment of its rivals was evidenced by the CEO of Nokia, Rajeev Suri conceded that the fact 5G was accelerating much faster than originally expected, would almost inevitable create some near term risks for his company, with the timing and completion of certain projects now uncertain.