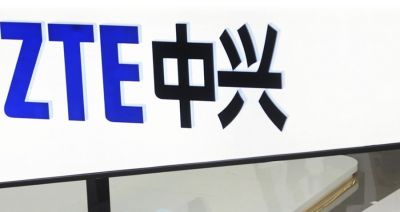 Chinese telecommunications giant ZTE may well have had draconian measures that had crippled the company lifted by the US Department of Commerce following an intervention by President Donald Trump, but the narrative that ZTE is a threat to national security is refusing to subside.

US presidential hopeful Elizabeth Warren became the latest politician to take aim at the telecoms behemoth and strongly criticized US senator Joseph Lieberman for serving as a lobbyist for the powerful Chinese vendor.

The ability for Republicans and Democrats to work together to form new policies and legislation in the US Senate and House of Representatives has been at an all-time low during the Trump administration.

The decision by the US to ban ZTE and Huawei from being involved in the rollout of 5G networks has drew bipartisan approval with both Republicans and Democrats voicing their concerns that both companies close association to the Chinese government was a huge threat to domestic security.

Warren, who announced she’d be seeking the Democratic nomination for the US Presidential election in 2020, denounced the US senator for acting as a lobbyist for the Chinese telecommunications behemoth on Twitter.

Warren tweeted, “ZTE is a giant foreign telecoms company that’s close with the Chinese government. They’ve violated serious US sanctions in Iran and North Korea. Their lobbyists keep blocking accountability. And today former senator Joseph Lieberman joined them. Should that be legal? No.”

Warren is an outspoken politician and is known for being a firebrand. She has faced the wrath of US President Donald Trump who has repeatedly ridiculed her claims that she was Native American.

She said that there should be a lifetime ban on members of congress working as lobbyists to make sure they only serve the public. Warren added, “We need a ban on foreign lobbying so countries like China, Russia and Saudi Arabia have to conduct their foreign policy out in the open.”

Bloomberg reported that Lieberman, who was a vice presidential nominee in 2000, began working for ZTE in November. According to a lobbying registration form submitted to the US Senate, he is conducting an assessment of the concerns members of the US Congress, the executive branch and US businesses have about national security risks around ZTE products.

The form also states Lieberman will not be advocating for ZTE, and he had been appointed in the interest of transparency and caution.