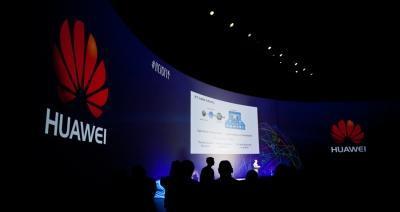 Huawei Technologies has become one of the most successful Chinese technology giants. The telecommunications equipment maker has managed to penetrate markets far from its borders, including Africa, India, Oceania, Europe and the Middle East. But one market remains skeptical of Huawei and its dealings with controversial states.

The United States does not fully trust Huawei because of its wide range of international operations. Huawei has a significant presence in the Middle East, tapping into countries like Syria and Iran, both considered to be untrustworthy by the U.S. For instance, American officials have imposed limits on sales of technology in Syria that could be used to commit human rights abuses. Because of its relationship with these countries, Huawei has now come under scrutiny by the United States, resulting in a subpoena.

Under the subpoena, the United States Commerce Department is demanding that Huawei, based in the south China city of Shenzen, handover all of the information it has related to the export or re-export of American technology to Cuba, Iran, North Korea, Sudan and Syria (all countries which have a strained relationship with the U.S.) The subpoena will ultimately uncover whether or not Huawei broke U.S. export laws.

Huawei has not held back from cooperation with the U.S., releasing a statement saying it is willing to comply with U.S. laws and regulations. The subpoena strictly investigates export violations and does not indicate any criminal investigation.

U.S. distrust of Huawei was revealed when former American intelligence contractor Edward J. Snowden spoke out about how the United States had concerns about the security of Huawei products, and that the United States National Security Agency was working towards building backdoor access into Huawei equipment to snoop on Huawei’s communications to look for links to the Chinese military.

The issuing of Huawei’s subpoena began with another Chinese tech giant, namely ZTE, which was similarly blocked briefly by the United States in March from receiving American technology over similar concerns. As part of the investigation into ZTE, American officials released internal ZTE documents that showed how ZTE had based its business efforts on a rival as a model. The rival mentioned in the documents matched the description of Huawei, thus leading the U.S. to investigate Huawei.

What does the investigation say about the United States? It clearly indicates a growing distrust the U.S. has of China and its steady influence in the communications technology market around the globe. It also illustrates how U.S. and Chinese technology companies have been pulled into the high-stakes geopolitical contest over cyber-security and global internet management.

The big question is: what will happen to Huawei if found guilty of breaching U.S. export laws? According to a report by the New York Times, if the investigation finds that Huawei has breached U.S. national security or foreign policy interests, it could significantly limit Huawei’s access to crucial American-made components and other technology products essential to its production.

Limited access to the U.S. could affect the development of cellular networks and other major technology infrastructure projects around the world, because many of Huawei’s products are made using American components or work with American technology.

If the United States were to block Huawei from using its technology, it could mark the beginning of the end of the Chinese tech giant, which in the past has thrived thanks to support from Chinese state-run lenders, offering Huawei easy credit as it expanded into areas where China sought influence.

Because of American skepticism, where officials have put an effective block on selling U.S. telecom infrastructure equipment, China has used it as an excuse to push back against market dominance of major American organizations operating in China, such as Cisco, IBM and Qualcomm.

Despite criticism and skepticism from the United States, Huawei has continued to operate where it deems necessary. For example, in September 2015, Huawei signed a deal with Syria’s Communications and Technology organization to assist them with developing the country’s communications networks, which the U.S. reportedly kept a close eye on.

Huawei’s involvement in Iran was also carefully watched by the U.S. when in 2011, Huawei said in a statement that it would voluntarily restrict the growth of its business in Iran. One year later, American lawmakers called for an investigation into whether Huawei was violating international sanctions on Iran. But a recent Congressional Research Service report said that Huawei and other similar companies have fulfilled pledges not to sell technology for blocking telecommunications in 2014.