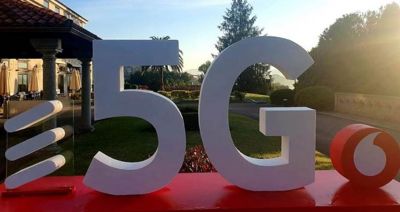 Vodafone announced switching on 5G in seven UK cities, including London, in partnership with Ericsson. This step puts the UK among the first to launch the fifth generation technology and sheds light on how Europe is lagging behind because of regulations.

Marielle Lindgren, UK & Ireland CEO of Ericsson, confirmed that by saying, “The UK has taken a leading role in launching 5G services early while much of Europe lags behind, slowed by local regulation. This early advantage is likely pay dividends, with superior connectivity forecasted to make a contribution of around £300bn to the UK economy by 2030 according to independent research commissioned by Ericsson.”

In fact, Ericsson CEO Börje Ekholm has stated on several occasions that excessive regulation has been pulling Europe back in terms of 5G deployment. Because of that, the European Union is now watching the UK be a leading 5G player.

The Swedish vendor will provide comprehensive 5G coverage based on the latest Ericsson Radio System portfolio. This includes the latest Baseband 6630 and Massive MIMO 6488 products to enable 5G on the 3.5GHz frequency. Combined with LTE, this will achieve speeds up to 10 times faster than 4G for 5G users with much lower latency.

Even though Vodafone is sidelining Huawei phones due to the US-Huawei issue going on, the UK operator is using Huawei technology in its radio access network or masts.

“We are proud to be helping Vodafone open up a new world of seamless opportunities with their launch of 5G mobile services in the UK,” said Huawei SVP Victor Zhang. “This reinforces the UK as a 5G leader and builds on our 18 year history of supporting the digital economy here.”