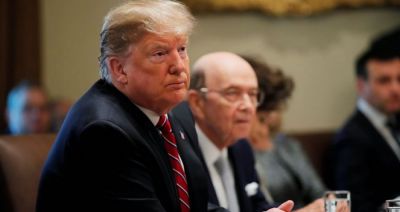 US President Donal Trump is set to issue an executive order later this week which would prohibit Chinese companies from being involved in wireless networks in the United States.

The exclusion of Chinese telecommunications behemoths Huawei and ZTE has drawn bipartisan support in the US House of Representatives, which is notable considering the fractious and hostile political climate in Washington under the Trump administration.

Reports emerging from Washington which cite unnamed sources close to the administration are saying the objective is to issue the order just before the commencement of Mobile World Congress in Barcelona at the end of this month.

The executive order would effectively mean a ban on all telecoms equipment supplied by both Huawei and ZTE, which would significantly hurt the coffers of both companies.

The hostility towards both Chinese vendors stems from allegations made by US intelligence agencies that both companies pose a very real threat to national security. However, both Huawei and ZTE vehemently deny the claims and have robustly defended their security record across the world.

The report did highlight that there was no decision yet on how 5G networks would be built in the US without equipment from Huawei.

At the moment, however, no plan had been drawn to manage without equipment from Huawei, with the main push coming from smaller rural ISPs who had benefitted from the use of equipment from the Chinese vendor due to the prices and good service.