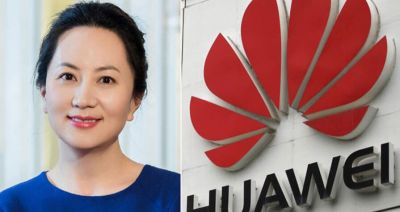 The CFO at Chinese telecommunications behemoth Huawei has been arrested and detained in Canada, in a move that has been met with vehement criticism amongst authorities in Beijing, who have called for her immediate release.

The United States and China are undoubtedly the world’s two largest economic superpowers, and they remain engaged in a tense trade standoff despite months of negotiations.

The US has been aggressive in its approach towards China’s leading telecommunication vendors ZTE and Huawei, and the arrest of the latter’s CFO in Canada represents a further deterioration in diplomatic relations between Beijing and Washington.

Earlier this year, the US Department of Commerce pushed ZTE to the brink of bankruptcy by imposing sanctions a 7-year trade ban, which was later revised following an intervention by the US president. However, at that stage ZTE had already lost hundreds of millions in operating revenue and its share price plummeted to an all-time low.

Now the US Department of Commerce has Huawei under investigation for alleged trade violations in Iran. The US also lobbied Australia, New Zealand and the UK to exclude Huawei from participating in the rollout of their 5G networks.

Huawei CFO, Meng Wanzhou faces extradition to the United States following her arrest in Canada. She is the daughter of the founder of the Chinese company, and her arrest has sparked outrage in the Chinese government who are demanding for her immediate release.

In a statement released by Canada’s Ministry of Justice it said, “Meng was arrested in Vancouver on December 1. She is sought for extradition by the United States, and a bail hearing has been set for Friday."

The statement read, “The Chinese side firmly opposes and strongly protests over such kind of actions which seriously harmed the human rights of the victim. The Chinese side has lodged stern representations with the US and Canadian side, and urged them to immediately correct the wrongdoing and restore the personal freedom of Ms Meng Wanzhou."

Huawei added it was unaware of any wrongdoing and was in compliance with all applicable laws.

"The company has been provided very little information regarding the charges and is not aware of any wrongdoing by Ms Meng (Wanzhou)," it said.