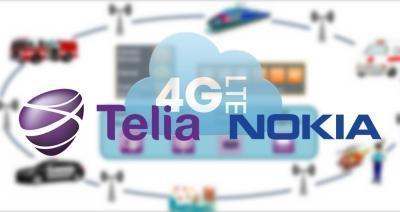 Nokia, together with Finland's public safety network provider, State Security Networks Group, and Telia Finland have successfully trialed the use of network features, developed by Nokia, which ensure public safety communications are given priority over any other voice or data traffic in busy 4G/LTE networks.

LTE can support mission-critical operations securely and cost-effectively, enabling new capabilities for public safety agencies, such as video, in addition to traditional voice communications, to enhance situational awareness, command and control, and the safety of both first responders and the public. As such, a vital step in the transition towards LTE-based public safety networks is to give priority to first responders and their command centers allowing them to share mission-critical information in emergency situations.

"Finland has historically been a forerunner in public safety communication, demonstrating leadership in building technical solutions and many other countries have followed our lead,” said Sami Orakoski, COO, State Security Networks Group. “Although the current TETRA-based network will be in use for some time, we have now started working with commercial operators to lay the foundation for delivering public safety communication with LTE and future generation technologies."

Field trials using the Nokia LTE radio access network infrastructure have delivered valuable insight on network management and critical service delivery, as well as ensuring network prioritization in a variety of situations, with an ice hockey game at a large sports venue used as one testing scenario. Finnish authorities are preparing for a gradual transition from the existing TETRA public safety network to commercial LTE networks.

"The test results show that we can prioritize public safety communication over an LTE network, even when that network is extremely busy,” said Tommi Uitto, head of Global Product Sales, Mobile Networks at Nokia. “We can use this insight to accelerate the adoption of LTE-based public safety applications, not only here in Finland, but across the globe."

Pasi Mehtonen, Head of Operator Business at Telia Finland said: "Everyone understands the importance of public safety communication in exceptional circumstances. The successful trials show that by combining advanced technology know-how, together with deep experience of providing mission-critical services we can pave the way for future solutions.”