US proceeds with political agenda by targeting Huawei’s cloud business 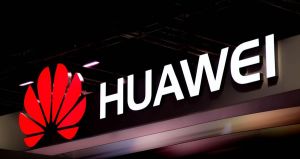 The US has been persistent in its global campaign against Huawei and some other Chinese tech giants such as WeChat and TikTok.

Emerging reports have been pointing towards renewed pressure on South Korea and a number of European operators to replace cloud infrastructure and facilities which were supplied by Chinese vendors.

It has been reported that the US has urged Korean authorities to subscribe to its Clean Network initiative, an initiative that was received with a great deal of criticism a few months ago, amidst a call between the two nations’ politicians.

It has been disclosed that Korea left it up to private companies to decide what to do with their equipment and which vendor to use.

For some time now, the US has been carrying out a long-running campaign against Huawei with regards to its 5G equipment. This has drastically affected the supply chain of operators across the world. The US has been relentless in trying to persuade its allies in Europe to also scrap Chinese vendors’ cloud infrastructure, including but not limited to Huawei.

US representatives recently met with Deutsche Telekom and Masmovil to raise security concerns in relation to data center and cloud infrastructure provided by Chinese vendors.

This comes as the US ramped up its efforts to influence tech policies across the rest of the world. The Federal Communications Commission (FCC) and US Agency for International Development (USAID) signed a memorandum of understanding in an effort to ensure that developing countries avoid working with “untrusted vendors” and encourage them to use “open, interoperable, reliable and secure” infrastructure.

However, despite the US’s efforts to undermine Huawei and other Chinese vendors, there is still no conclusive evidence that justifies their actions to target and harm their business abroad.