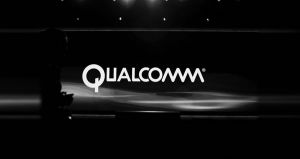 US chipmaker Qualcomm has seen its shares prices soar on the New York Stock Exchange following the end to a long-running dispute between them and iPhone manufacturer Apple over patent license agreements.

The pair where set for another protracted legal battle in San Diego but managed to broker an agreement that satisfied both parties over royalty payments.

It has been reported that resolution deal between Apple and Qualcomm includes a six-year license agreement with the option to extend for two years, and a payment to Qualcomm from the US tech behemoth.

Qualcomm shares rocketed by 15.2% as news of the deal broke on Wall Street. Apple saw its share price rise by 0.7% although it was significantly less than that of Qualcomm. Dow member IBM saw its shares plummet by 4.6% after Q1 sales fell short of analyst projections.

The US economy has been under the microscope in recent weeks after some fiscal analysts had claimed it was slowing down. However, Wall Street stocks were mostly higher following better-than-expected Chinese economic data.  China's first-quarter growth came in at above expectations at 6.4 percent following government stimulus measures, a report that eases concerns about slowing global growth.

Chinese media describes US treatment of Huawei as ‘despicable’ 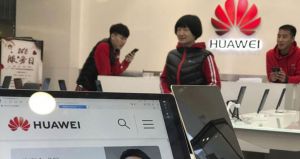 Chinese media outlets have launched a scathing attack on the United States for its role in the arrest and subsequent detainment of Huawei’s CFO in Vancouver earlier this week. 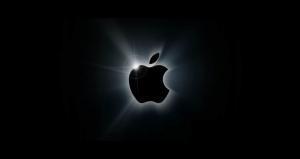 Apple could have acquired Imagination Technologies, but instead decided to hire top talent to build the component technology in-house, according to analysts. The situation highlights a common issue among supplier relationships with large customers like Apple – Imagination, for example, benefits from increased revenues, but also faces high risk if they fail to maintain the relationship.

Other suppliers that rely heavily on Apple as a customer for revenues include Cirrus Logic (semiconductor supplier), Glu Mobile (developer and publisher of mobile games), and Aehr Test Systems. When Apple announced that it would be ending its relationship with Imagination Technologies, one of these companies saw its stock drop 9.9 percent due to fear that the same thing might happen to them.

"When done well, collaborative supplier relationships can be greatly intertwined in the product lifecycle – helping the procurement team manage the process from requirement and demand management onward while tracking process outcomes and progress," said JD Miler, Managing Director at BravoSolution. "But such tight handholding also has a myriad of opportunities to go sour."