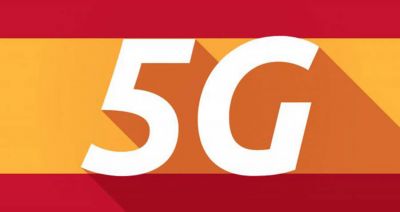 Embattled Chinese telecommunication vendors Huawei and ZTE have received a welcome reprieve following the news that two Spanish operators are planning on using them for forthcoming 5G pilots.

Media reports emerging from Spain claim that both Vodafone and Orange will use equipment manufactured by both Chinese vendors for the 5G programs that are part of projects submitted to obtain government subsidies.

Vodafone Spain has reportedly submitted three projects to state agency Red.es – and it intends to work with Huawei on 5G trials in Pamplona, Malaga and Seville. In addition to this, it has been disclosed that the operator is also planning to use equipment provided by Swedish telecommunications behemoth Ericsson for a project in the city of Vigo.

Orange Spain, meanwhile, is also said to have submitted three projects and is proposing to use Huawei equipment to trial 5G technology in Malaga and Seville, while working with ZTE in Valencia and Nokia in Vigo.

Telefónica appears to have only submitted plans for one 5G project with Ericsson and Nokia in Galicia. Spain’s fourth network operator, MásMóvil, has formed an alliance with regional cable operator Euskaltel for a 5G pilot in the Miramón area and is said to have selected Ericsson as the supplier for this project as well as for a second project in Valencia.

2018 has been a dreadful year for both ZTE and Huawei who have faced the wrath of a number of leading Western countries such as Australia, New Zealand and most notably the United States. Their situation in the United States is likely to worsen following reports that US President Donald Trump is considering issuing an executive order that would effectively ban any US company from buying telecom equipment or products from either Chinese vendor.

The treatment of Huawei and ZTE is seen by many analysts as the Trump administrations way to overpower China in the ongoing trade war between Washington and Beijing. However, as divisive as the President is, his stance towards ZTE and Huawei has drawn bipartisan support in both the Senate and the House of Representatives.

It is a worrying time for both vendors, but this announcement from Spain, will be a welcome boost to both, and Huawei is also cooperating on new projects in Japan in relation to 5G, despite initial fears they would be banned from the rollout of 5G networks there.