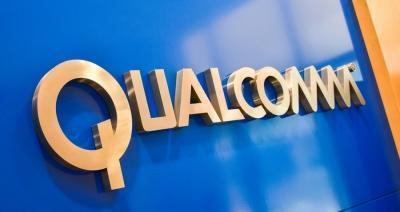 Taiwan’s Ministry of Economic Affairs (MOEA) has signed a memorandum of understanding with Qualcomm that, according ta report in Focus Taiwan, will accelerate Taiwan's pace in developing mobile communications as well as the Internet of Things (IoT).

Under the MoU Taiwan and Qualcomm will work on 4G and 5G communications and IoT development, helping Taiwan set up supply chains in these areas, the MOEA said.

Qualcomm has also agreed to establish a new testing laboratory and a technology development team in Taiwan, a move that is expected to provide Taiwan-based Internet and communications firms with technology assistance, Focus Taiwan reported.

Qualcomm has also promised to allow Taiwan's Internet and communications sector to use its worldwide technology network to market their products and solutions in the global market, the ministry said.

According to Focus Taiwan, Vice Economics Minister Shen Jong-chin said that before signing the MOU, Taiwan and Qualcomm had set up a long term partnership, and the new accord showed the country's determination to build itself into a Silicon Valley in Asia by expanding research and development ties with the U.S. firm.

Qualcomm has a relationship with MOEA going back to at least 2011, when Qualcomm MEMS Technologies announced a collaboration with MOEA to expand the manufacturing capacity of mirasol displays in Taiwan with the construction of a new fabrication facility in Longtan.  It said the initial phase of the facility was expected to result in up to $975 million US of investment by Qualcomm.

Qualcomm MEMS Technologies claimed to have developed the industry’s first micro-electrical mechanical system (MEMS) display for mobile devices, described as “a true technological innovation that offers low power consumption and superb viewing quality in a wide range of environmental conditions, including bright sunlight … by reflecting light using interfoermetric modulation (IMOD) so that specific wavelengths interfere with each other to create color.”

However, the potential for this technology in mobile devices is yet to be realized. Apple took over Qualcomm’s Taiwan mirasol lab in 2015, according to a Bloomberg report. Since then there has been much speculation as to when, or if, Apple will use mirasol technology in displays for its portable devices.