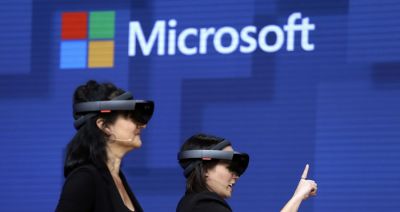 Microsoft President and Chief Legal Officer Brad Smith says the way the U.S. government is treating Huawei is un-American. As far as he knows, China’s leading maker of networking equipment and mobile phones should be allowed to buy U.S. technology, including software from his company.

Such actions shouldn’t be taken without a “sound basis in fact, logic, and the rule of law,” says Smith in an interview with Bloomberg Businessweek, adding that Microsoft has asked U.S. regulators to explain themselves.

“Oftentimes, what we get in response is, ‘Well, if you knew what we knew, you would agree with us,’” he says. “And our answer is, ‘Great, show us what you know so we can decide for ourselves. That’s the way this country works.’” U.S. President Donald Trump has said Huawei, run by a former Chinese army technologist, is a national security threat, and his Department of Commerce has added the company to an export blacklist scheduled to take full effect in November.

Trump should know better, Smith says, citing Trump’s experience in the hotel industry. “To tell a tech company that it can sell products, but not buy an operating system or chips, is like telling a hotel company that it can open its doors, but not put beds in its hotel rooms or food in its restaurant. Either way, you put the survival of that company at risk.”

Tensions between the U.S. and China feature prominently in Smith’s new book, Tools and Weapons: The Promise and the Peril of the Digital Age. While Huawei is its own case, Smith worries that broader and tighter strictures could soon follow.

The Commerce Department is considering new restrictions on the export of emerging technologies on which Microsoft has placed big bets, including artificial intelligence and quantum computing. “You can’t be a global technology leader if you can’t bring your technology to the globe,” he says.

Microsoft has asked the Commerce Department to consider outlawing sales to particular customers or for particular uses that might pose national security risks, such as universities with ties to the Chinese military. Smith uses the analogy of the scalpel vs. the meat cleaver. The company also wants to make sure academic research can continue to cross borders, including from Microsoft Research Asia in Beijing.

A coalition of democracies should agree on standards for privacy and data collection and press China for better behavior, Smith says. Such privacy norms, he says, should govern “appropriate” data sharing that can help contribute to AI development and keep pace with Chinese efforts. That’s an idea that will likely alarm some privacy advocates.

Smith, who raised money for Hillary Clinton’s presidential campaign in 2016, says the bigger concern should be America’s leadership on the world stage, citing issues including gun violence and climate change. “The only way you can manage technology that’s global is to have governments actually work with each other,” he says.