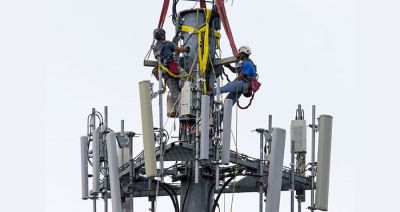 Tech titan Huawei has revealed its plans to deploy high-speed wireless internet in a number of remote, underserved communities in the North of Canada.

The Chinese tech firm has planned to deploy mainly 4G technology. This comes amid Huawei and the US’s controversial relationship. The US has imposed sanctions on the company as they have deemed the company a potential threat to their national security. Also, Canada and China are still in the midst of a diplomatic crisis concerning the detention of a Huawei executive.

Huawei has revealed that it will partner with Ice Wireless and Iristel to ensure that the rural communities will be connected by 2025. They also stated that alongside the remote areas of northeastern Quebec and Newfoundland & Labrador, around 25 communities in Nunavut territory would also benefit from the deployment.

“We strongly believe that everyone should be connected to 4G LTE, no matter where they live in Canada, even in areas where high-speed service may not be economically viable,” said President of Huawei Canada, Eric Li.

Huawei officials have stated that they will deploy wireless internet in some of the coldest places on earth, which are located in Canada.

VP of Ice Wireless and Iristel, Jean-Francois Dumoulin, said, “We need to use highly reliable, world-class equipment to minimize physical intervention and to avoid outages that risk making our communities isolated once again. That’s why we partner with Huawei Canada.”

In fact, this comes as the US has been pressuring its allies to avoid using Huawei to deploy their 5G networks and have claimed that Huawei has links to the Chinese government and may partake in cyber-espionage on their behalf. However, there has been no proof of this allegation being true.

Also, Canada and Huawei have also been at odds due to the arrest of Huawei’s Chief Financial Officer Neng Wanzhou, in December in Canada at the request of the US. Washington believes that she committed fraud by violating Iran sanctions and lying to US banks about it, which is why they want to put her on trial for fraud charges.