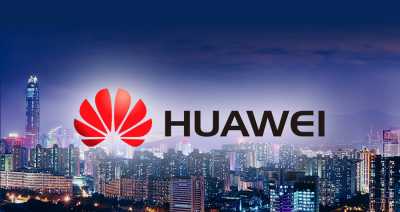 Chinese telecommunications conglomerate Huawei has launched a demo ‘smart city’ in Weifang, China. It’s part of an overall objective by the company to showcase and highlight its narrowband Internet of Things ‘smart city’ applications and Ocean-Connect IoT platform.

The Chinese smartphone maker made the announcement in relation to its new demo ‘smart city’ at the Huawei Connect conference which was held in Shanghai. It conveyed to those in attendance that Weifang will utilize Huawei’s city-level IoT platform to access, manage and collect data from sensory equipment that will be spread across the entire city in real-time.

Huawei has also publicly stated that it has enabled smart lighting applications across Weifang for a series of different objectives which range from monitoring the status of the street lights, its brightness and the applications can also detect faults. It has been claimed that the system has been specifically designed to save around 80% of traditional electricity usage and 90% of previous maintenance costs.

In addition to this, it has also been disclosed that Huawei has integrated eight services with its NB-IoT network which includes a remote-control system, Wi-Fi hotspots, video surveillance, environment monitoring and statistics. Huawei has outlined that its primary objective is to develop a ‘nervous system’ of smart cities with the Chinese multinational corporation already deploying its smart city solutions in over 100 cities across the globe.

Zheng Zhibin, Huawei Enterprise Business Group GM of Global Smart City Solution Department declared that Huawei’s vision is to improve connectivity services in urban areas all over the world – which is imperative in order to continue to drive the growth of the ‘digital economy’.

He said, “ICT advancement is accelerating the growth of the digital economy, which is a driving force of global economic development and transforming cities across many areas including governance, transport, living, social interactions, and employment, promoting the sustainable development of cities. The underlying connectivity in these smart cities will be critical to unlock the potential of the digital economy. Huawei is focused on improving connectivity capabilities within cities, and is creating the nervous system of better-connected cities through an IoT platform, achieving better awareness [and] connectivity among smart devices."

At Huawei Connect in Shanghai it was also formally announced that the telecommunications colossus and the Government of Weifang City had formed an Internet of Things Innovation R&D Centre and an IoT Industry Alliance.