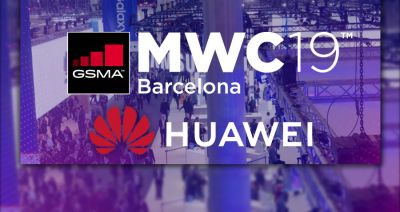 The governing body that represents the world’s mobile operators is expected to discuss the ongoing issue of Chinese telecommunications vendor Huawei at this month’s Mobile World Congress in Barcelona.

The GSMA has proposed to its members that they hold a discussion regarding the possibility of a blanket ban on Huawei from the majority of developed markets within the ICT ecosystem.  A number of leading operators have expressed their disapproval at the tactics being used against Huawei, with many feeling it is a politically motivated campaign being led by the United States.

There is also a general consensus amongst ICT stakeholders and major players that any ban on Huawei will significantly impact the rollout of 5G networks. Vodafone CEO Nick Read has already publicly stated that a ban could delay the commercial deployment of 5G in Europe by up to two years.

It has been reported that the GSMA Director-General Mats Granryd has written to its members about Huawei and has said the current situation involving the Chinese vendor should be part of its agenda on its next board meeting in Barcelona later this month.

The GSMA represents mobile operators globally, and united more than 750 operators with over 350 companies as part of a broader mobile ecosystem, which includes the handset and device manufacturers, equipment providers and internet companies.

Huawei has found itself at the centre of intense scrutiny from the US in recent months, and was just like week charged with a number of indictments related to intellectual property theft and fraud. Huawei has vehemently denied any wrongdoing and has accused the US of participating in an ‘immoral political campaign’.

Diplomatic tensions between Beijing and Washington are strained and officials from both countries are set to meet again later this week to resume trade talks.

However, this isn’t the first time the US has went after a high-profile Chinese telecommunications company. Huawei’s domestic rival ZTE was pushed to the brink of bankruptcy after draconian measures were imposed against them by the US Department of Commerce.

Huawei has been banned from any role in the rollout of 5G networks in Australia and New Zealand. The European Union has said it will look at the issues that have been alleged by the US.