China condemns US for ‘economic bullying’ of Huawei & ZTE 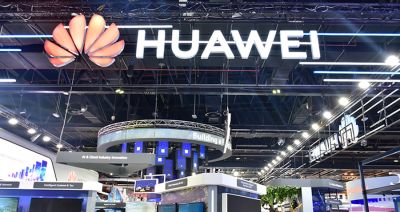 China blasted as "economic bullying" a US proposal to block service providers buying from Chinese tech companies Huawei and ZTE. The two Chinese vendors have been accused of posing a threat to national security because of their ties to the Beijing government.

The US Federal Communications Commission (FCC) said that the proposed rules were part of an initiative to "safeguard the nation's communications networks".

FCC chairman Ajit Pai also said: “We cannot ignore the risk that the Chinese government will seek to exploit network vulnerabilities in order to engage in espionage, insert malware and viruses, and otherwise compromise our critical communications networks”.

"The United States' economic bullying goes against the market principles which the US has always trumpeted," he said.

The proposal, to be voted on November 19, marks the latest effort by Washington to further damage Huawei’s global reputation.  Huawei says that US has provided no proof of any security risks posed by the company.

"In 30 years of business, Huawei has never had a major security-related incident in the 170 countries where we operate," the statement said.

"Banning specific vendors based on country origin will do nothing to protect America's telecommunications networks."

In May, Washington said it would blacklist Huawei from the US market and from buying crucial US components, though it has twice extended the company 90-day reprieves, the latest coming in August.

The United States has expressed concern that Huawei equipment could contain security loopholes that allow China to spy on global communications traffic, and has pressured US allies to block the use of Huawei equipment.