Canada begins extradition of Huawei executive to the US 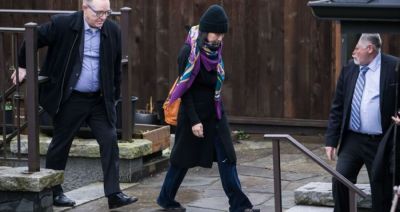 The prominent Huawei executive who is also the daughter of the company’s founder Ren Zhengfei was arrested and detained in Vancouver in December for allegedly violating US trade sanctions with Iran.

Diplomatic tensions between Canada and China has deteriorated following the arrest of Wanzhou - and a number of Canadian diplomats were subsequently arrested in Beijing in what was seen as a retaliatory tactic in response to her arrest.

However, tensions have now escalated following the announcement by Canadian officials that it will begin extradition proceedings of Wanzhou to the United States. Beijing said Ottawa’s decision was tantamount to a ‘severe political incident’.

The Canadian government released a statement in which it stressed that after engaging in a thorough review decided to formally commence with the extradition process.

The statement read, “Today, Department of Justice Canada officials issued an Authority to Proceed, formally commencing an extradition process in the case of Ms. Meng Wanzhou. The decision was made after we had conducted a thorough and diligent review which found sufficient evidence to warrant putting the matter before a judge.”

At the conclusion of the process -- which could last months, or even years -- Canada's attorney general will have the final say on whether or not to hand Meng over.

Foreign ministry spokesman Lu Kang said in a statement the US and Canada were "abusing their bilateral extradition treaty to apply arbitrary coercive measures against Chinese citizens, in violation of their rights and legitimate interests".

Kang described the decision by the Canadian government as a severe political incident and said the arrest was part of a politically motivated campaign being led by the US to discredit Chinese technology leaders such as Huawei and ZTE in an effort to gain control in the ongoing trade dispute between the United States and Chinese officials.