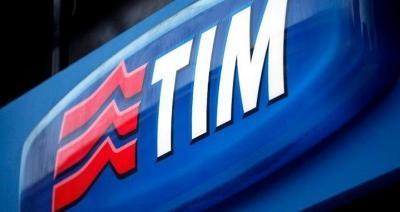 Nokia has extended its long-term relationship with TIM in Brazil, signing a new contract supporting the operator's strategy to build a robust network infrastructure to cope with increasing consumption of mobile data with 4G.

TIM, the leader in 4G coverage in the country, is the first operator in Brazil to use the frequency of 2600 Mhz and refarm the 1800 Mhz frequency band to 4G LTE. TIM is now ready to make the move to future-proofing its network using the 700 MHz spectrum band, which enables excellent indoor and rural area coverage for 4G-enabled devices.

To support this groundbreaking network project, TIM has selected the Nokia AirScale radio  access platform, which runs multiple radio technologies simultaneously in one base station and allows virtually unlimited scalability that will support massive IoT demand and 5G speeds. With the network upgrade to 4.5G Pro the operator will be able to better mix frequencies and technology usage at the same site, reducing costs and ensuring a fast and smooth deployment of the new LTE network.

"We're looking at the highest technology quality standard today in the market, with the combination of three spectrum bands to increase our capacity and improve the end-user experience,” said Leonardo Capdeville, head of Technology at TIM. “With the support of Nokia and its AirScale radio access, we will be able to reach more areas and speed up LTE coverage in the country, reinforcing our innovation capabilities and commitment to the Brazilian market."

Luiz Tonisi, head of the TIM Brazil customer team at Nokia, said: "Our commitment with TIM is to deliver a best-in-class service experience for its subscribers. This project is an important milestone for us as it paves the way towards the network of the future and reinforces our long-standing partnership with TIM. The near future looks very promising with the possibility to expand further our LTE footprint and make a positive impact in the digital society."

This news follows another initiative, announced in late 2015, in which Nokia and TIM collaborated to modernize and expand TIM's 3G and 4G LTE networks in 17 states in Brazil with the use of Nokia's small cells products, as well as the implementation, optimization and care services.