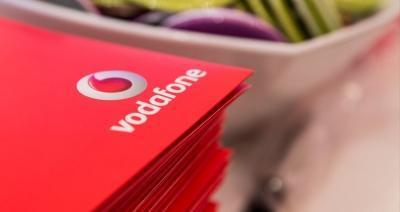 India’s second largest telecom operator has been forced to restructure its management team following the departures of a number of key executives from the organization. Some industry analysts have suggested the emergence and impact of 4G start-up Reliance Jio was the main reason behind the restructuring process.

The former CEO of Vodafone Czech Republic, Balesh Sharma has been appointed COO of Vodafone India’s commercial and enterprise units, replacing Naveen Chopra who held this position for a period of two years. He will remain with the company and is expected to be named in a new role soon.

Representatives of Vodafone India have played down the significance of the restructuring – and dismissed suggestions that the reshuffle was a reactive measure taken due to rival Reliance Jio extending its free voice and data offers.

A spokesman for Vodafone India stated it was ‘business as usual’ and the purpose of the restructuring was in order to make decisions faster and integrate its commercial strategy with operational teams in a much more effective manner.

Other high-profile changes within the company will see Head of M-Pesa, Suresh Sethi – the figure behind its payment bank initiative is expected to depart soon– while the telecom operator named Rahul Bhagat as an adviser. Ravi Santhanam, who was in charge of customer value management, a role that reported to the CMO, resigned.

The entry of Reliance Jio to the market in India has forced the country’s top three mobile players, Bharit Airtel, Vodafone and Idea Celluar to follow Jio’s lead with generous free voice and data offers, which subsequently sparked a price war in the region.

Reports emerged last week that Vodafone Group had entered merger negotiations with its rival Idea in a bid to fend off and combat the increased competition in the hugely competitive market.

Vodafone CEO Vittorio Colao said a plan to merge its Indian business with Idea is not a sign the company is exiting the market or backing away from a fight with Jio.

However, Vodafone India isn’t the only player looking to gain scale via a merger. It has been reported that Telenor India has expressed its interest in exploring a merger through a share swap with Aircel and Reliance Communications, which are themselves trying to merge to create the country’s third largest operator.