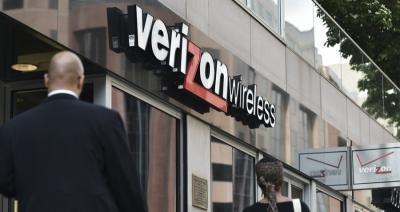 With an anticipated one million or more attendees expected to be in Washington, DC, the United States capital, for the Presidential Inauguration of Donald Trump, US telecoms giant Verizon prepared by making significant network enhancements, leading to a 500 percent increase in wireless data capacity and debuting new technologies.

For the first time, Verizon’s Network team is using Remote Electrical Tilt (RET) antennas to remotely change antenna angles. In addition, Verizon is using Matsing Ball technology, which divides crowds into sectors like slices of a pie.  Each slice or sector can be adjusted individually to handle wireless traffic, Verizon reported.

Verizon is using new technology in its temporary cell sites along the National Mall that allow Network engineers to make real-time adjustments, moving wireless capacity with the crowds as they move. All permanent cell sites around the Mall and the surrounding area have been upgraded with Electrical Tilt antennas to allow remote adjustment to boost coverage and capacity, according to Verizon, so DC residents and visitors will benefit for years to come.

Verizon is also using three-channel carrier aggregation (LTE Advanced) in the Washington metro area to enhance peak data speeds. This is a further enhancement to the nationwide August rollout of two-channel aggregation, providing 50% greater peak speeds in DC and across the country (to more than 90% of the population).

“Verizon customers attending the Inauguration will have early access to these new technological advancements we are deploying widely throughout our network in 2017,” said Nicola Palmer, Chief Network Officer for Verizon Wireless. “Our customers have always had the leading technologies first, providing them with the best experience.”

Network engineers have added 500 percent more wireless voice and data capacity throughout Washington D.C., including at Dulles International Airport, Union Station, and at local hotels and convention centers, Verizon reported. Teams of engineers equipped with hand-held test equipment are walking the Mall and most-densely populated neighborhoods of the nation’s capital throughout the festivities to monitor the network in real-time so changes can be made quickly as needed.

“We’ve been preparing our network in the D.C. area for months to be ready for this historic event. Verizon customers at the inauguration will be using Instagram, Snapchat, and Twitter to share photos and videos of the swearing in ceremony, run Facebook Live while attending the parade, and connect with folks back home, all from their wireless devices,” added Palmer.