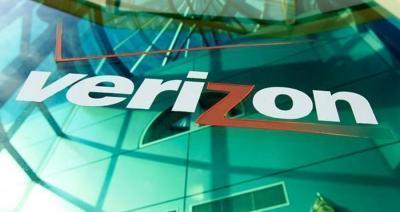 US telecoms giant Verizon has criticized OpenSignal's Q4 State of Mobile Networks: USA report, saying the data cited is "limited and non-scientific" after it claimed that rival T-Mobile US was "within a stone's throw of matching" Verizon on 4G availability in the country.

The report, based on 4.6 billion network measurements for the Q4 period, claims its testers found a Verizon LTE signal 88.2 percent of the time. T-Mobile, on the other hand, closed the gap, reaching 86.6 percent. The report also says that Verizon and T-Mobile are almost equal when it comes to overall 4G speed metrics.

OpenSignal said in the report its availability metric measures the proportion of time users can access a particular network, as opposed to tracking geographic coverage. Verizon criticized this in a post on Twitter.

"OpenSignal provides crowdsourced data," Verizon wrote on Twitter. "Crowdsourcing favours downtown areas - that's where the majority of the tests come from - so it doesn't reflect the depth and breadth of the 2.4 million square miles of our 4G LTE coverage, by far the most in the industry."

Verizon added, "In addition to limited, non-scientific testing, with OpenSignal not getting a signal - the inability to perform a test is not counted against the results."

To back its statements, Verizon referred to other studies conducted by third parties including RootMetrics, J.D. Power and Nielsen, which Verizon said: "Do a better job of reflecting the actual customer experience." In those tests, Verizon said: "There is no real comparison."

For instance, RootMetrics ranked Verizon top in every category they tested in the first half of 2016, including speed. In contrast to Verizon's criticism, T-Mobile (unsurprisingly) praised the results of the OpenSignal report.

"When you combine T-Mobile's value with great speeds and a coverage map that's virtually indistinguishable to the big guys, well, let's just say 'it's on'," said T-Mobile CTO, Neville Ray.