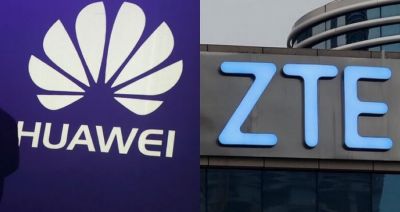 US telecommunications networks, which have relied on network equipment from China’s Huawei and ZTE, have told the government that it would cost $1.837 billion to replace those switches and routers, the Federal Communications Commission said.

In June, the FCC formally designated Huawei and ZTE as threats to US national security, a declaration that bars US firms from accessing an $8.3 billion government fund to purchase equipment from the companies.

FCC commissioners said the report shows the need for Congress to approve funding to replace that equipment. Congress has authorized reimbursements but has not approved the money.

The FCC said it believes the carriers would be eligible for reimbursements of about $1.62 billion.

“By identifying the presence of insecure equipment and services in our networks, we can now work to ensure that these networks — especially those of small and rural carriers — rely on infrastructure from trusted vendors,” FCC Chairman Ajit Pai said, urging Congress “to appropriate funding to reimburse carriers for replacing any equipment or services determined to be a national security threat so that we can protect our networks.”