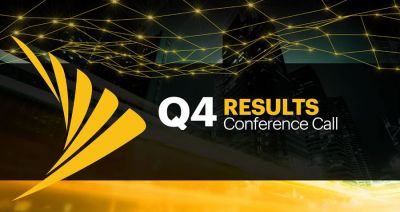 US telecommunications operator Sprint has posted a disappointing performance in its financial returns for Q4 in 2018.

The mobile network operator who is at the centre of a proposed merger agreement with T-Mobile US has seen its overall profits decrease despite its best efforts to cut costs and boost its growth.

Revenue was up by 4.4% year-on-year to $8.6m, but Sprint still came away from the fiscal quarter with a net loss of $141m. That represented a sobering drop from a profit of $7.2bn just over twelve months ago, which included a one-time benefit of $7.1bn from changes to the US tax code.

Despite the dramatic decline in its overall profits, the operator disclosed that it had reduced its overall costs by $300m over the past three quarters and is on track to deliver more than $1bn in gross cuts for the full year.

Sprint CEO Michael Combes remained upbeat despite the flagging results and stressed that the metrics merely reflect the operator’s strategy which is to balance growth and profitability as they continue to put the final touches together for their merger with T-Mobile US which is currently under review from the FCC.

But the operator isn’t standing still while it waits for the green light for regulators. It has more than doubled its network capex from $696 million in fiscal Q3 2017 to $1.4 billion in the recent quarter, dramatically boosting investments as it prepares to launch 5G in the first half of 2019.

CTO John Saw said the operator is deploying hundreds of massive MIMO radios in nine of the cities Sprint plan to launch 5G, but added the equipment, which will carry both 4G and 5G traffic, is also being rolled out elsewhere.

Saw also noted Sprint has deployed 2.5GHz spectrum on 75 per cent of its macro sites and will be “substantially done” with the rollout in another quarter. LTE-Advanced upgrades will be completed in a similar timeframe,