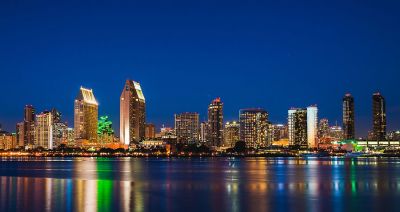 US telecommunications operator Sprint has achieved a 5G milestone following a pilot trial in the sun-kissed city of San Diego.

Sprint, which is owned by Japanese conglomerate SoftBank announced that it had completed a successful 5G OTA data transmission on its live network. Sprint CTO John Saw has expressed his delight at the success of the 5G project, and claims that it will provide a huge step forward in relation to the operators’ overall plans to launch next-generation services in the forthcoming months.

Sprint disclosed the details of the field test and revealed that it was conducted using 2.5GHz spectrum on the operators’ commercial network with radio equipment from Finnish vendor Nokia and a mobile test device from Qualcomm.

In addition to this, Sprint also disclosed that the trial demonstrated a successful handoff between 4G and 5G connectivity while streaming video, conducting Skype audio and video calls, and sending instant messages. Its test follows the completion of a 5G data transmission in a lab during December 2018. The operator earlier this week announced plans to release a Samsung 5G handset in 2019.

“Sprint 5G is now out of the lab and in the field as we prepare for our commercial launch in the first half of this year,” Saw said in a statement.

Nokia North America CTO Mike Murphy noted Sprint’s use of 2.5GHz spectrum for 5G will allow it to reuse existing 4G sites to provide both indoor and outdoor coverage: “This first standards-based call is thus a critical step towards Sprint’s offering of a 5G service to its customers.”

T-Mobile US recently claimed a similar milestone with what it said was the world’s first 5G data call and video call using 600MHz spectrum.