US campaign against Huawei faces resistance from European operators 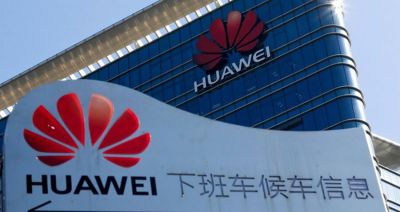 The US-led campaign against Chinese telecommunications behemoth Huawei is now facing resistance from a number of major European operators.

Washington has been engaged in a sustained offensive attack on China’s major telecommunication vendors Huawei and ZTE over the last number of years.

However, that has heightened in recent months, with the United States labelling Huawei and ZTE as a severe threat to national security. US President Donald Trump is expected to issue an executive order later this week which would prohibit both Chinese vendors from being involved in wireless networks in the US.

In addition to this, lobbyists on behalf of the US convinced its allies Australia and New Zealand to prevent either company from participating in the rollout of their respective 5G networks. The US is now pressuring Europe to follow suit.  Earlier this week, comments by US Secretary of State Mike Pompeo added further fuel to the ongoing saga when he said that countries that use Huawei technology could hurt their relationship with the United States.

However, that has been met with resistance from major European operators who have discovered that they will have to fork out more to replace equipment from Huawei and ZTE, and that a blanket ban on both companies would significantly impact its ability to launch 5G services in the next twelve months, as Huawei is the global leader on 5G equipment.

A number of prominent executives from Europe’s top operators told The Wall Street Journal that Huawei hardware was much better than the rest on offer and often cost less; not using it could well mean that Europe would lag Asia and countries in other regions that use gear from Huawei for their 5G rollouts.

In addition to this, Nick Read, chief executive of Vodafone Group, was quoted as saying in January that a total ban on the carrier's use of Huawei equipment “would have significant financial cost, would have significant customer disruption and would delay 5G rollout in several countries”. The UK's four major wireless operators — Vodafone, BT Group, Telefonica and CK Hutchison Holdings' Three — were all against a ban.

But it is not only big carriers who prefer Huawei equipment, with Jersey Telecom, a publicly-owned company operating in the Isle of Jersey, also expressing a preference for Chinese equipment.

The company sought bids from both Chinese and Western companies in 2014 for its wireless network and while Huawei's bid 20% below the lowest Western offer, ZTE was 40% cheaper. Jersey Telecom chief executive Graeme Millar went with ZTE, and commented: "I have a genuinely high-class, low-cost supplier with ZTE, who haven’t let me down yet.”

The US stands accused of using Huawei and ZTE as political pawns in the ongoing trade war standoff between Washington and Beijing.