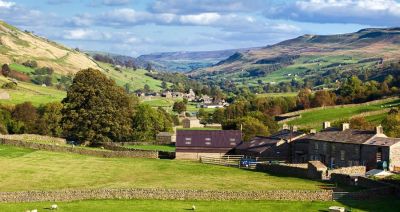 3 UK has expressed their scepticism over Ofcom’s plans to address poor rural coverage in the United Kingdom, highlighting that the costs of the proposal were too excessive and overall the initiative lacked ambition.

3 UK’s Chief Operating Officer, Graham Baxter has called for the regulator to ditch their plans and work collectively with all UK operators in an effort to find a lasting solution to the ongoing problems experienced by users in rural parts of the UK.

Baxter blasted their plans to remove partial hot-spots in the UK’s countryside, areas which are not covered by any of the country’s four major operators.

As a way to incentivise investment, Ofcom in 2018 said it planned to offer mobile operators a discount in a spectrum auction planned for 2020, if they make binding coverage commitments.

Ofcom said two operators could receive discounts of up to £400 million on the cost of spectrum licences by committing to meet three targets within four years; providing good outdoor data coverage to at least 90 per cent of the UK’s land mass; improve mobile coverage for 140,000 buildings; and install 500 new masts in rural areas.

However, Baxter has criticized the plan for lacking ambition, while also hitting out at the expense incurred by the operator to execute the program.

Instead, he said the regulator should push an initiative for a single rural network, which would see the country’s operators jointly invest in a shared infrastructure.

In addition, he urged authorities to relax planning permission rules for taller mobile masts in rural areas of the country.

In addition to this, Baxter also argued that Ofcom’s plan would only benefit two mobile operators, but conceded that a single network would be beneficial for all four of the country’s operators with regards to coverage.