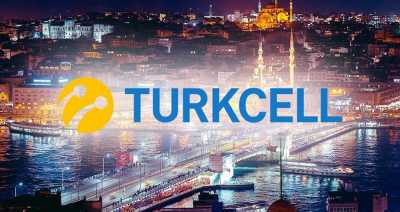 Turkish telecommunications operator Turkcell has announced that it will rollout Narrow-Band-Internet of Things (NB-IoT) in order to support ‘smart city’ applications and innovations which will be introduced in different sectors all across the country.

The new technology will be used to transform industries such energy, healthcare and education. The ‘smart city’ applications powered by NB-IoT will enable machines to communicate with each other via Turkcell’s LTE-A - infrastructure.

Analysts have suggested that this is the first clear strategy towards 5G in Turkey, and Turkcell’s Executive Vice President, Gediz Sezgin claimed that the economic benefits which will be created by the development of innovative ‘smart city’ applications would be ‘staggering’.

He said, “We became the first operator in Turkey to support NB-IoT required for new-gen innovative applications. So we open the door to 5G. NB-IoT will extend smart city applications and many innovative solutions will be developed. It has been projected that the economy created by this technology as of 2025 will exceed $3 trillion. Offering a technology which will create such a volume requires a very strong LTE-A infrastructure. We will continue to research and invest to introduce the most contemporary technologies.”

The operator has identified solutions in smart parking, smart waste management and remote monitoring as applications that can now be used with the rollout of the NB-IoT network. It has also claimed that new applications will now become available for ‘smart agriculture’ which Sezgin says will transform the livestock industry.

Turkcell’s EVP claimed that the network would allow the application to facilitate automatic irrigation of cultivated areas based on measurement of humidity in order to improve the crop yield - whilst also tracking applications for livestock, the ability to conduct these tasks through automation will ensure the process is more efficient, effective and ultimately easier.

Sezgin says, “This new technology helps organisations by ‘changing their way of doing business.’ While living spaces become more and more connected every day, Turkcell’s mobile infrastructure is now ready for a world where billions of devices connect.