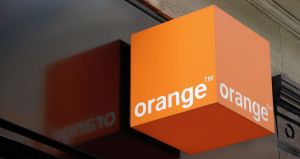 Orange Romania announced that it signed a deal to acquire a controlling 54% stake in Telekom Romania, in a transaction that will significantly accelerate Orange’s strategy to become the number one choice of customers in the Romanian market.

Orange said it agreed to pay EUR 268 million for the majority stake in the fixed business, on a debt- and cash-free basis. The entire company is valued at EUR 497 million.

Orange is already the largest mobile operator in Romania, with EUR 1.1 billion in sales last year. The deal takes the mobile operator into the fixed market, with the aim to become the preferred choice of customers for convergent services on the Romanian market, both for the consumer and business segment, Orange said. The transaction will also generate significant synergies, which will result from the combined sale of services to existing customers, as well as the optimization of the network, including economies of scale and scope.

Telekom is Romania’s second largest player in fixed telecoms with revenues of EUR 622 million in 2019. Through its own network infrastructure, TKR provides fixed voice, broadband and pay-TV services to 5 million customers and its approximately 90,000-km fiber network connects some 3 million households. It also provides fixed-mobile convergent services to around 881,000 subscribers through a MVNO contract with Telekom Romania Mobile. These customers will migrate to Orange Romania’s network following completion of the transaction.

The transaction's closure is subject to usual preconditions, in particular approval by the European Commission and other competent authorities. The deal is expected to be completed in H2 2021. Both companies will continue to operate independently until the deal's approval and completion.

Liudmila Climoc, CEO, Orange Romania, commented: “This is a significant milestone for the Romanian telecom market that will enhance its attractiveness both in terms of converged telecoms services and high quality infrastructure, while increasing competition. It will provide the opportunity to scale up innovative convergent services, bringing broader benefits and wider choices to the customers and also to the country’s digital economy sustainable development. Orange Romania’s and Telekom Romania Communications’ network complementarity will allow us to bring together not only customers and teams, but also the best of expertise in terms of quality of service and future-proof mobile and fixed networks infrastructure.”