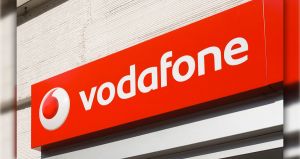 Vodafone has announced its commitment to reduce the company's global carbon emissions to 'net zero' by 2040, ten years earlier than originally planned.

The company also said that its 2030 carbon reduction targets have been approved by the Science Based Targets initiative as in line with efforts required to keep global heating to 1.5 degrees Celsius, the most ambitious goal of the Paris Agreement.

By 2030, Vodafone promises to eliminate all carbon emissions from its own activities and from energy it purchases and uses (Scope 1 and 2). Vodafone also promised that by 2030 it will half carbon emissions from Scope 3 sources, including joint ventures, all supply chain purchases, the use of products it sells and business travel. In 2020 alone, Scope 1 and 2 emissions reached 1.84 million t CO2e and Scope 3 emissions reached 11.9 million t CO2e.

In 2019, Vodafone committed to purchasing all electricity from renewable sources, halving its environmental footprint by 2025 and reusing, reselling or recycling 100 percent of its network waste, supporting the move towards a more circular economy. By no later than July 2021, Vodafone's European network will be powered by 100 percent renewable electricity across 11 markets.

In September of this year, Google announced one of the most ambitious environmental pledges across the telecoms industry, which included its goal to only use carbon-free sources by 2030.

In order to get its net carbon footprint to zero, Google purchased enough carbon offsets to essentially cancel out all of the planet-warming carbon dioxide that the company has released since it was founded in 1998. Google has been carbon neutral every year since 2017 through the purchase of carbon offsets, which means it offsets the emissions it generates from fossil fuels by investing in renewable energy projects that pull carbon dioxide out of the atmosphere.