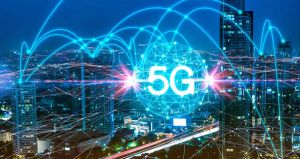 Nokia, along with leading operators Telenor and Telia, announced that it has deployed the world’s most advanced shared wireless network supporting a Multi-Operator Core Network (MOCN) feature, enabled for wireless technologies spanning 2G to 5G.

The 5G MOCN feature was deployed on a trial network in Denmark and verified with successful end-to-end test calls. MOCN, the most advanced network architecture model allowing for network sharing, enables distinct mobile operators with their own core network to share a common radio access network infrastructure as well as spectrum resources.

This is the first network to include live MOCN capabilities for 2G, 3G, 4G and 5G simultaneously. The live trial utilized Nokia’s end-to-end 5G technology, including 5G RAN and 5G cloud core.

Network sharing is an efficient and cost-effective way for two or more mobile operators to build and roll out a network at scale without having to duplicate efforts. It is an important strategic consideration for operators that helps them to quickly deploy 5G networks to consumers and businesses while keeping costs to a minimum. As 5G networks require a higher density of radio equipment, such as small cells, to deliver the right performance and coverage, network sharing results in overall lower power consumption compared to individual networks.

Tommi Uitto, President of Mobile Networks at Nokia, said: “Deploying 5G networks independently can be an expensive undertaking for mobile operators in the most competitive markets. This trial highlights that through network sharing, operators can drive efficiencies, lower costs and bring the myriad benefits of 5G to businesses and consumers quickly. We hope that this trial demonstrates to operators around the world that there are multiple options open to them to get their 5G networks up and running quickly and at the lowest possible cost.”

Georg Svendsen CTO at Telenor, said: “Network sharing is a clear strategic priority for Telenor to continuously deliver one of the best mobile networks in the world, supporting safe and reliable connectivity to our private and business users.”

Henrik Kofod CTO at Telia Denmark, said: “This is a major step on our 5G journey, and I really look forward to start testing with real customers and understanding how 5G can provide true value for them. I hope this will inspire other operators in the Danish market to move in the same direction. Network sharing is a great choice when it comes to building sustainable 5G networks. When we maximize our resource utilization, we lower our carbon footprint and optimize our investments.” 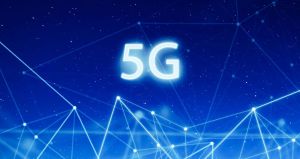 The first 5G network was jointly switched on by Telia and Ericsson at KTH the Royal Institute of Technology in Stockholm this week, ahead of plans to launch fifth generation wireless across Sweden in 2020. 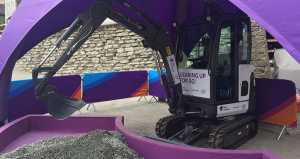 Swedish telecom provider Telia is deploying the first public 5G live network use cases in Europe in collaboration with Ericsson and Intel. This includes a high-speed 5G connection to a commercial passenger cruise ship delivering internet connectivity to the ship and its passengers while in port, and an industrial use case featuring a construction excavator remotely controlled with a live 5G network.

The move is an important milestone in the global 5G roadmap, moving Ericsson, Intel, and Telia, and more importantly Telia customers, closer to the goal of bringing 5G services to life in both Tallinn and Stockholm in 2018, two of the most digitalized cities in the world.

“We want to be early with 5G and will bring it to life in Stockholm, Tallinn and Helsinki in 2018. We work together with our partners in the whole eco-system to explore the powerful effect it is going to have for our customers and in society,” said Gabriela Styf Sjöman, Global Head of Networks, Telia Company.

“It’s not only about building a new network but it’s also about building a new way of thinking and perceiving what a mobile network can be and can do,” Gabriela added. “High speed, low latency, guaranteed capacity and truly mobile is going to push the boundaries of digitalization and we want to be there pushing it together with our partners.”

Deploying early 5G solutions in real-world settings is vital for the industry to learn how the various technologies integrate into different types of businesses, in what type of environments it performs best and the interoperability between systems across the network, cloud and devices.

Telia and Ericsson announced a joint roadmap in 2016 that aims to let Telia customers experience 5G services in 2018 in Tallinn and Stockholm. Now in collaboration with Intel, early examples of these services have been brought to life in these use cases for consumers and businesses.

The “real life” 5G environment for the ship Tallink was created at the Port of Tallinn to test and explore how the new mobile technology can provide higher data connection speeds and improved quality. During the test in September 2017, 5G technology was deployed for the whole ship while it was in harbor.

The technology enabled Wi-Fi usage for 2,000 passengers and the ship’s own information and communications technology systems. This is a first example of many uses that 5G will provide access to in transport situations, as well as very broad gigabit wireless services delivered to consumers.

The participants in the EU Digital Summit that took place on Sept. 29 in Tallinn had a unique opportunity to experience what it feels like to remotely control machinery – in this case an industrial excavator - via an augmented reality remote control operated over an ultrafast live 5G link with very low latency.

This shows how a machine operator can work with 5G remote controlled excavators in hazardous environments, from the comfort and safety of an office environment. This highlights the capabilities and opportunities 5G will bring to harsh or dangerous industrial settings.

The solution stack underpinning the cases in Estonia consists of technologies from Ericsson and Intel. An Ericsson 5G base station consisting of 5G antenna, radio and baseband, in conjunction with the Intel 5G Mobile Trial Platform – provides millimeter wave and extends the Telia mobile network to 5G.

“Our own report about the 5G business potential identifies a huge opportunity for telecom operators globally who address industry digitalization with 5G,” said Arun Bansal, Head of Europe and Latin America, Ericsson.

“We foresee that they can benefit from a market opportunity of USD 582 billion by 2026 and this represents a potential to add 34 percent growth in revenues,” Arun added. “Capturing this market potential requires investment in 5G technology as well as business development, and go-to-market models.” 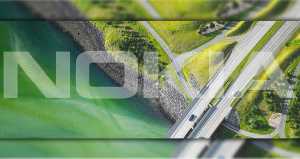 Norweigan telecom firm Telenor and Sweden’s Telia have signed a managed services contract with Nokia that will see the company manage their joint mobile radio network in Denmark. The agreement will allow Telia and Telenor to offer customers of Denmark's largest mobile network even better coverage and greater capacity for a world-class mobile experience, Nokia said in a release.

“The combination of Telia and Telenor's network has been a historic business,” said Henrik Kofod, CTO, Telia Denmark. “Today we have a world-class mobile network, and this step to have Nokia manage it for us will ensure we also have the best network in five or ten years. Therefore, I am pleased that we have concluded a solid agreement with one of the world's most powerful network providers.”

Nokia will take over all operational and development tasks of Telia and Telenor's radio access network in October 2017, and provide network planning and optimization, network implementation, and network operations for the network that consists of more than 4,000 mobile sites around the country, Nokia said. This will expand network capacity, ensure a quality boost in the customer experience and pave the way for the introduction of new technologies.

“Telia and Telenor are focused on exceeding the requirements of their customers,” said Igor Leprince, president of Global Services, Nokia. “In selecting their new managed services provider, the operators highlighted the need for experience, quality, capacity and, not least, security. Nokia will provide the two operators services that will allow them to deliver the best experience to their customers.”

Telia to pay $1.4 billion in fines for bribes committed in Uzbekistan 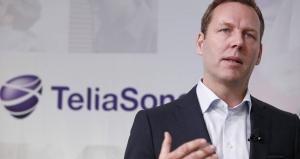 Swedish telecom operator Telia announced on Thursday, September 15, that U.S. and Dutch authorities are seeking $1.4 billion in fines from the company to settle an investigation into alleged bribes committed by Telia in Uzbekistan. The investigation was opened in March 2014, focusing on payments made to an Uzbek firm for the purpose of obtaining a mobile operating license and a 26 percent stake in the Uzbek operator Ucell.

Telia said in a statement on Thursday that the proposal for the settlement did not go into detail, “but suggests a total settlement amount of approximately USD 1.4 billion”. The company began operating in the Central Asian, former Soviet republic in 2007 via a Dutch holding company, according to Telia officials.

“I have said on many occasions in the past that Telia Company’s entry into Uzbekistan was done in an unethical and wrongful way and we are prepared to take full responsibility,” said the company’s board chairwoman, Marie Ehrling in a statement.

In a similar case earlier this year, Netherlands-based Russian telecom operator VimpelCom agreed to fork out $835 million to settle U.S. and Dutch charges it paid in massive bribes to also penetrate Uzbekistan’s telecommunications market, AFP reported. According to the U.S. Department of Justice, some of the funds transited through U.S. accounts, ended up with a ‘relative’ of Islam Karimov, the former Uzbek president, for mobile phone licenses and frequencies.

The so-called ‘relative’ has not yet been identified by U.S. officials in the case, but the dots have been joined since Karimov’s daughter Gulnara Karimova was placed under house arrest two years ago under investigation for corruption. Transparency International, an anti-corruption agency, said in a report that Karimova “is suspected of receiving more than $1 billion worth of shares and payments from mobile phone companies in exchange for her influence.”

Telia is committed to cooperating with U.S. and Dutch authorities according to Ehrling, and the company will “now have to analyze the information and decide on how to proceed with the ongoing discussions with the authorities.” She added that “our initial reaction to the proposal is that the amount is very high.”

Even though Telia are willing to cooperate, the company seems to be surprised by the high price it has to pay for corruption. For instance, Ehrling spoke to Swedish public radio about how the amount being sought by the U.S. and Dutch authorities “shows that the cost of acting badly is expensive.” The company’s shares subsequently dropped 1.1 percent in morning trading hours in Stockholm.