US operator forced to cut jobs from its media division 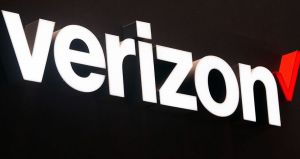 US telecommunications behemoth Verizon has announced that it has reduced its workforce in its media division in an effort to realign and restructure its overall business strategy.

Hundreds of jobs are expected to be lost from the operators’ media unit which includes former internet giants such as Yahoo and AOL. A source close to Verizon said the amount of jobs lost amounts to 7% of the overall staff.

Verizon’s media unit has been a successful extension to its comprehensive ICT portfolio - popular news sites such as the Huffington Post and TechCrunch generate large visitors to their websites on a daily basis.

Whilst the number of jobs being lost remains speculative, the reputable Wall Street Journal has reported that around 800 positions will be lost following the decision by Verizon to overhaul its business strategy.

The unit's chief executive Guru Gowrappan, who took over in October 2018, made the changes after a strategic review which determined the group would prioritize "Yahoo's member-centric ecosystem" along with ad technology and video products.

Responding to AFP, Verizon Media said in a statement: "Our goal is to create the best experiences for our consumers and the best platforms for our customers. Today marks a strategic step toward better execution of our plans for growth and innovation into the future."

Verizon, which also operates one of the largest US telecom networks, last year wrote down the value of its Yahoo acquisition by some $4.6 billion. 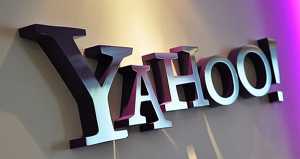 Caroline Campbell, a spokeswoman for AOL, said the company could not comment on the impact the layoffs will have on specific locations. The company acquired Baltimore mobile advertising firm Millennial Media in 2015 for $238 million and still has 2400offices at St. Boston in Canton. AOL also bought Advertising.com in 2004 for $435 million. That office is now under the ONE AOL advertising umbrella.

Many of the cuts are likely to be felt at the company's Silicon Valley offices, but that will be the product and engineering headquarters of the combined AOL and Yahoo which will continue to operate under their old names. The cuts will affect about 15 percent of the roughly 14,000 people in AOL and Yahoo's combined workforce.

The job cuts will come in overlaps in business functions such as human resources, but there will also be some from consolidation of products such as mail and advertising. Job cuts "will come across the whole Oath portfolio," Armstrong said during an appearance on CNBC, using the name that the combined companies will now operate under.

"We're not announcing any product changes now but there could be product changes in the future," he told CNBC. "Yahoo Mail and AOL Mail are areas where we may have different consumer front ends, but over time we would like to have their back ends consolidated."

The companies' ad systems are another area where consolidation is likely to occur. "We have multiple systems that we would like to merge to have a unified supply stack of technology and a unified demand stack," Armstrong said.

Most of those cuts are happening now but others could come in the future. "Over time, as in any business, if it makes sense to consolidate or make structural changes to the company, we will do those," Armstrong said.

Oath will also consider acquisitions in the future if good opportunities pop up, he said. "Right now we are very focused on the organic integration of our assets. That could change over time."

"The Sunnyvale [Calif.] campus will lead the pack on product and engineering," Armstrong said. "I am looking at getting a place out here and spending a lot of time here. New York is going to be the connector to the media and advertising markets."

Armstrong said that despite the AOL-Yahoo deal being delayed by shocking revelations of massive hacking incidents, he is sticking to his goal of doubling Oath's number of users to 2 billion consumers and hitting between $10 billion and $20 billion in digital ad revenue by 2020.

Verizon is projected to see $1.5 billion in net global digital ad revenue in 2017 and Yahoo to generate $3.2 billion.

"The deal process took a little longer than expected so we are a little behind but we are staying with those goals," he said. "That is going to force us to be more creative and to work faster."

Armstrong said he isn't focused on recapturing the old days when most U.S. consumers used AOL and Yahoo as their front door to the Internet. Oath's content brands — which include HuffPost, TechCrunch, Yahoo Finance, Yahoo Sports and Tumblr — generate plenty of traffic, he said.

"If you look at where traffic comes from on the Internet today, Oath is one of the top four places in the world that consumers come in and out of," he said. "Long-term, whether we are the front door to the Internet or we are your favorite room, we have a house of brands that touches almost every major community and every major vertical. We have a business model to build brands that people love."

The parent company name of Oath drew some derision when it was unveiled, but Armstrong said it appealed to him because it implies a long-term commitment.

"It is meant to be a brand name that is about values," he said. "We want all of our brands and teams to be connected by values and principles. We think Oath is a great way to explain that. You don't make an Oath to something unless you want to be in it for the long term."

A lot will be known about the ultimate success of the company by what happens in the next 36 to 38 months, Armstrong said.

"Our teams know that we are starting from a lot of scale, a lot of assets and talent," he said. "But if I had to sum up in three words what we need to do, it would be, 'Build, baby, build.' That's our focus."

Following the shocking announcement made by Yahoo last year that 1.5 billion of its users’ accounts were hacked on two separate occasions, Yahoo slashed the price of its core internet business in the sale to Verizon by $350 million, it was reported in February.

Yahoo is in the midst of lawsuits related to the large cyber attacks against its users, which affected more than 1.5 billion people. The company announced in September last year that hackers in 2014 breached the accounts of more than 500 million user accounts stealing personal information. Then in December, Yahoo admitted to another cyber attacks which took place in 2013 affecting more than a billion users.

The terms of the revised sales agreement between Yahoo and Verizon now says that Yahoo will continue to cover the cost of a Securities and Exchange Commission probe into the breaches as well as shareholder lawsuits. However, Verizon will share the cost of government investigations and third-party litigation related to the hacks.

Through the acquisition of Yahoo’s operating business, Verizon aims to boost its mobile media and advertising efforts in a shift away from relying solely on its traditional telecoms operations.

After the deal between Yahoo and Verizon closes, Verizon will merge the assets from Yahoo with its AOL business, acquired in 2015 for $4.4 billion, to form a business unit called Oath. It was reported that due to the overlap in departments such as human resources and marketing, around 2,100 employees, or 15 percent of the combined workforce, could be laid off at Oath. 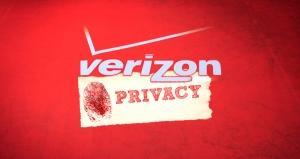 US telecoms giant Verizon has come under fire over concerns that it could be spying on its customers. The company’s privacy policy on its upcoming AppFlash service promises easier access to search and apps on Android devices. The policy indicates that Verizon can share data on what features and services its customers use, as well as the apps they have installed, with other Verizon businesses to target ads.

The privacy watchdog Electronic Frontier Foundation lashed out at Verizon calling AppFlash “spyware”. But Verizon shot back in a statement clarifying its intentions, insisting users must explicitly grant permission before using the service. Verizon customers have absolute control to disable the service, the company said, and no one has to use it if they don’t want to.

But critics say Verizon’s defense isn’t quite full-proof. For instance, the privacy policy offers users control over AppFlash’s access to user location and contact information, but it doesn’t mention giving control over broader usage data. Users would need to search through the phone’s settings to turn off ad tracking.

The EFF will reportedly investigate the service, after retracting a blog post saying AppFlash represents Verizon’s intention “to start monetizing its customers’ private data as soon as possible.” The post was published shortly after US Congress voted to end restrictions put in place during the Obama-era on what ISPs like Verizon could do with information about users.

Verizon faced scrutiny last year over privacy issues when it agreed to pay a $1.35 million fine over a “supercookie” that federal regulators said followed Verizon’s customers’ internet activities without their permission. The company is aiming to evolve into an advertising business with the purchase of AOL in 2015 and the recent acquisition of Yahoo’s core internet business.

The benefit for Verizon having information about what websites and apps its users favor is that it could charge companies more for ads that feature on those sites. Search services similar to AppFlash are already used by Android devices and iPhones. But AppFlash is different in the way it draws more data from user interactions and can target ads accordingly.

AppFlash is Verizon’s version of Evie Launcher which can be purchased through the Android app store. Once the app has been installed, users can swipe from the edge of their smartphone to bring up a search bar; one search brings up content from the web and installed apps at once. For example, if you search the name of a film, Evie provides access to purchase tickets through Fandango or to read reviews through Rotten Tomatoes or IMDB.

The Evie app does ask users for permission to access location and contact information, and users can opt out of this. The app also requests permission to replace the regular home screen experience for launching individual apps. But Evie doesn’t mention privacy during the set up; its privacy policy online says personal information such as usage activity and search queries will be collected, but not shared with third parties. 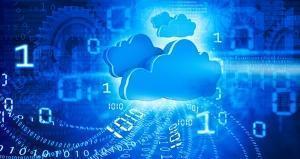 Active Telecoms recently reported that Verizon was exiting the public cloud market and this is one of the beginning steps.

Verizon Digital Media Services customers that use Google Cloud Platform can save more than 65 percent on their cloud egress costs for an easier, more cost-effective delivery path that is optimized to move and scale content between Google Cloud Platform and Verizon's CDN. This provides an exceptional content experience that leverages Verizon's world-class CDN to reach any screen, anywhere.