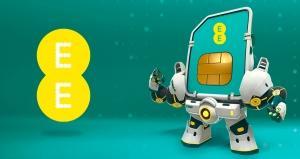 U.K.-based operator EE has announced plans to bring 4G to 95 percent of the entire United Kingdom landmass by 2020, in addition to relocating its customer services to the U.K. and Ireland. The network also plans to switch on high-speed 4G in the Shetland Islands (archipelago in Scotland) and the Isles of Scilly (archipelago in England).

EE chief executive, Marc Allera, spoke to the BBC about how customers expected to be able to access the internet wherever they were, even in sparse regions across the Kingdom. 4G coverage is currently measured as a percentage of the population as opposed to geographically. As such, mobile networks most often focus on areas of the U.K. where a lot of people live rather than extending geographical reach of their services.

“The Isle of Scilly have 2,000 residents but 200,000 visitors,” Allera told BBC. “Increasingly, the expectations from customers are that they can get access to the internet wherever they go.” His ambition for EE is for 4G to go beyond the U.K. government’s target for operators which are to provide voice and text coverage to 90 percent of the Kingdom by 2017.

As an industry, Allera feels that every area of the U.K. should be 4G-covered. He also believes that the increased demand for 4G could help mobile networks to address public opposition to infrastructure needs such as increased transmitters, to enable effective 4G services.

“The barriers we need to overcome are around how fast and easy we can get access to these sites (where the masts can be built), and also how we ensure we don’t have landlords who can charge ransom rates which make it prohibitive for us to put in a solution,” Allera said. “We’re working on those reforms, but we can’t do this by ourselves.”

Allera mentioned that EE is working with the U.K. government to “tackle the issue.” Matthew Howett, Ovum analyst, believes reforms are “vital” to the success of the strategy that Allera has proposed. “Unless the government takes a lead on ensuring fair and reasonable access and site rentals, EE hopes for 95 percent coverage will be fraught with difficulty,” said Howett.

Adding to its strategy, EE also reportedly plans to bring all its customer services operations back to the U.K. and Ireland by the end of the year, that are currently spread overseas, which Marc Allera says is a “big investment,” further adding: “People look at off-shoring as reducing costs, but when you look at the added cost of unhappy customers, actually this isn’t going to be an enormous incremental cost.”

Evolution of the Connection 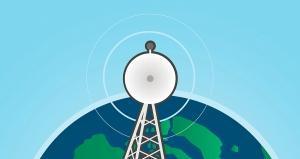 Past predictions forecasted technology to take over our lives, and the best way to counter it would be to understand this science so well that it would not dominate humanity. This prediction reached the telecommunications industry, which has been speedily connecting both machines and humankind.

The future is in mobile broadband. By the end of this year, there will be almost 386 million LTE connections around the world, and by 2020, this number will leap to over 2.3 billion. This means that 27 percent of the predicted 8.4 billion mobile connections will be running on 4G technologies by 2020.

In terms of consumption, the Cisco Visual Networking Index predicts that by 2018, monthly global mobile data traffic will surpass 15 exabytes; that is 1.8 GB per connection per month with more than half of that over LTE. Even industry players like Nokia expect to be helping operators to deliver 1GB to every subscriber every day.

Every ten years the industry goes through a technological change, where a new generation of technology will be rolled out. Here comes the role of vendors in driving innovation; they are responsible for developing, installing, maintaining and upgrading that infrastructure to meet demand. Capitalizing on their R&D investment, the vendors must convince the operators to buy the latest generation of equipment.

On the other side, as we witness the commercial maturity of LTE, future developments seem far away but worth holding out for, like 5G. The Japanese carrier, NTT Docomo, farmed out contracts to several vendors in order to pilot 5G technologies. It is worth mentioning that Japan, like South Korea, has a very advanced mobile market and although it is not among the firsts to deploy new technologies, it sees very rapid adoption and subsequent saturation. South Korea, however, is expected to have a 5G network available for the Winter Olympics in 2018 and commercial offerings by 2020.

Additionally, Alcatel-Lucent, Ericsson, Fujitsu, NEC, Nokia and Samsung have all been selected to work on a 5G proof of concept system, using the 15GHz frequency band for the air interface as well as explore the potential of millimeter wave technology in the 70GHz spectrum band.

With 5G having undefined standards at present, the focus is on access network technologies as an evolution to what has been seen in LTE and LTE-Advanced.

Nowadays, the evolution in mobile connection has defined the new generation and standard; each standard brought with it major attributes, such as 2G for mobility and roaming, 3G for multi-media service and 4G for full IP and greater spectral efficiency. It is obvious that future wireless broadband will be provided not by one standard, but by a combination of several standards and technology families with 3G, 4G and 5G becoming the pillars of future broadband service. With 4G developments, the industry's key focus was on capacity, but with 5G, the key focus is expected to be on capacity density.

Usually, a real world device has about six radios built into it and around three are active at any time. WiFi, cellular and Bluetooth are good examples. So it's feasible that the device would be able to connect to multiple radios at once in order to increase capacity, operating on a dynamic application. Therefore, when every user gets their own cell, there are no limitations on bandwidth, and one subscriber's usage doesn't hurt anyone else's usage of the spectrum because everybody is reusing the same spectrum. Moreover, to increase the capacity on wired networks, the carrier would simply add another wire. But to increase the capacity on wireless networks, the carrier simply adds another access point.

In this regard, Japan's NTT Docomo is following up its 5G trial announcement with the successful virtualization of the Evolved Packet Core (EPC) in joint verification tests with Alcatel-Lucent, Cisco and NEC to support the functions required for Network Functions Virtualization (NFV).The purpose is to enable faster delivery of new telecom services and boost performance by applying virtualization technology to EPC software that takes on LTE data communication functions. The test results, according to Docomo, have confirmed EPC's ability to adaptively boost processing capabilities through controls from the system that manages EPC.

An EC funded organization, METIS, the Mobile and Wireless Communications Enablers for the Twenty-twenty Information Society, is a European consortium aiming to lay foundations for 5G through collaboration across telecommunications manufacturers, network operators, the automotive industry and academia.

Essential services that include eBanking, eLearning and eHealth will see an avalanche of mobile and wireless traffic volume, according to METIS. The communication between humans and machines that requires accessing and sharing information efficiently and safely will drive traffic.

Although LTE is providing a glimpse of the availability of ubiquitous broadband and despite the lack of 5G standards definition, new breakthroughs are being made in access technology. IT innovations are primed to change networks from the core through the use of SDN and NFV.

Apparently, mobile networks are changing and 5G is not only expected to act as a driver for development in the telecom sector, it will also be the force for deeper integration with other industry verticals. It is clear that the telco world's evolution is changing the way we interact, but the question remains: Will the future evolve around more connected machines than connected humans?

Published in Reports
Read more...
Page 7 of 7
Tweets by Active_Telecoms