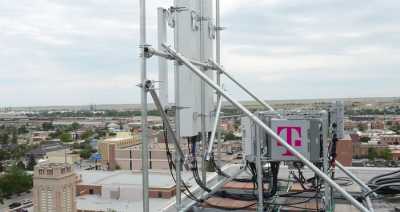 T-Mobile recently announced plans to roll-out its new 600MHz LTE network in the US, leveraging the massive haul of super-premium low-band spectrum the operator won in the government broadcast incentive auction concluded earlier this year. The announcement came just two months after the company received its spectrum licenses from the FCC.

The first of T-Mobile’s 600MHz LTE network sites were switched on in Cheyenne, Wyoming using Nokia equipment. Starting in rural America and other markets where the spectrum is clear of broadcasting, T-Mobile plans to deploy the new “super spectrum” at “record-shattering pace” – compressing what would usually be a two-year process from auction to consumer availability into a short six months.

“Earlier this month, wireless customers coast to coast proved T-Mobile already delivers America’s best unlimited network. We swept the competition in OpenSignal’s report on all counts—a global industry first. And that was before we started lighting up the world’s first 600 MHz LTE network,” said John Legere, president and CEO of T-Mobile.

To meet this aggressive timeline for getting this “super-spectrum” into customers’ hands, T-Mobile said it has been coordinating closely with infrastructure providers, chipset makers and device manufacturers to bring 600 MHz LTE to customers at breakneck speed. Nokia and Qualcomm have launched new technology, and both Samsung and LG plan to launch phones that tap into this new spectrum in the fourth quarter of this year.

T-Mobile is also working closely with the Federal Communications Commission (FCC) and broadcasters like PBS to clear the spectrum in record time, investing where necessary to preserve programming consumers care about while paving the way for new wireless coverage and competition for consumers.

“To work with T-Mobile in lighting up the world’s first 600 MHz LTE network is a momentous achievement,” said Rajeev Suri, President and Chief Executive Officer of Nokia. “We knew this spectrum would be key for covering wide areas, providing bandwidth in hard-to-reach places, augmenting capacity and improving data speeds, so we began testing and readying 600 MHz network infrastructure equipment and software long before the incentive auction was over.”