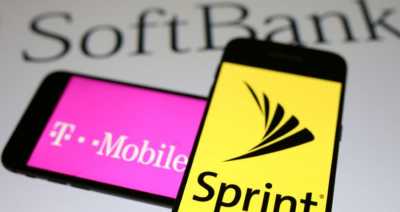 Japan-based SoftBank Group’s plans to break off negotiations toward a merger between subsidiary Sprint and T-Mobile US amid a failure to come to terms on ownership of the combined entity, dashing the Japanese technology giant's hopes of reshaping the American wireless business.

SoftBank is expected to approach T-Mobile owner Deutsche Telekom as early to propose ending the talks, according to Nikkei. They had reached a broad agreement to integrate T-Mobile and Sprint, the third- and fourth-largest carriers in the US, and were ironing out such details as the ownership ratio.

The German parent had insisted on a controlling stake, according to a source familiar with the situation. Some at SoftBank were initially amenable as long as the Japanese company retained some influence. But SoftBank's board discussed at a meeting that the company would not give up control. The decision was made to call the talks off.

Sprint's position in the US mobile market is weaker than its No. 4 ranking would suggest. The carrier sits well behind the top two Verizon Communications and AT&T in scale and subscribers. The hope was that a merger with T-Mobile would reinforce Sprint's customer base enough to let it challenge the duopoly while allowing for more efficient network investment. In addition, they have sold or mortgaged most assets.

SoftBank tried to buy T-Mobile in 2014, but the idea was abandoned amid opposition from regulators under then-President Barack Obama. The failure of this latest effort leaves Sprint, which was acquired by SoftBank in 2013, to keep working toward a turnaround on its own.

"Investors were buying SoftBank partially on the merger hopes, so the news has a negative impact. It will be difficult to maintain the stock price over the 10,000 level," said Tomoaki Kawasaki, senior analyst at Iwai Cosmo.