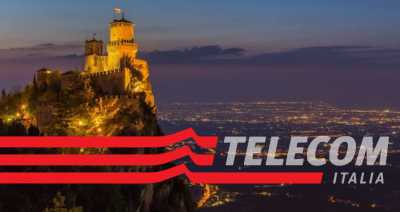 Italian operator Telecom Italia has announced that the Republic of San Marino will become the first country in Europe to have a 5G mobile network. Telecom Italia made the prediction following the disclosure of a memorandum of understanding (MOU) with government officials from San Marino.

In a statement issued to the press, Telecom Italia indicated that it plans to update mobile sites of its network with 4.5G in order to enable it to conduct trials on some features of 5G technology, such as evolved mast towers and carrier integration. The interim 3GPP standards for the revolutionary next-generation technology will be released in March 2018.

The Italian operator which is headquartered in Rome also disclosed its intentions to double the amount of existing mobile sites in San Marino, it also plans to install several dozen small cells in the innovative project which would make the microstate the first in Europe to have a 5G mobile network.

In a joint-statement in relation to the MOU between Telecom Italia and government representatives of San Marino, it said, “The particular geographical shape of this territory - and the distribution of its industries favor the use and development of innovative technologies. Thanks to this work, it will be possible to start the first testing of 5G technology on a national scale within the next year.”

San Marino is one of smallest countries in the world with a population of around 30,000 people. Some of the objectives of the project include a new mobile infrastructure with considerable transmission capacity that would be ten times that of 4G. The infrastructure would also be able to connect to large objects ahead of the 2020 deadline set by the EU.

According to Telecom Italia Mobile’s head of technology the scale of the project would see San Marino being established as the first 5G state in the world, which would place it ahead of technological superpowers such as South Korea and Japan. The race to deploy 5G continues to intensify between government bodies and operators.

Reports emerging from Italy suggest that the leading Italian operator has already begun installing 100 small cells in Turin as part of 5G network trials being led by the Italian government. However, it’s being suggested that it has more freedom to experiment in San Marino because there are fewer restrictions on the use of airwaves.

Earlier this month, a consortium of European operators including Telecom Italia expressed its desire to launch 5G services quickly. Industry analysts have predicted that the work currently underway in San Marino will be crucial to 5G in Europe.