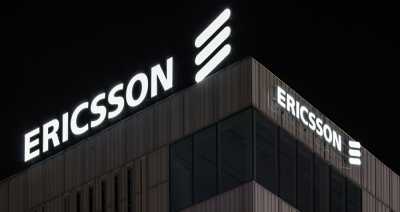 Ericsson’s financial uncertainty shows no sign of abating following reports in the Swedish media that the telecommunications firm is set to cut 25,000 jobs. Reports circulating from the Nordic region claim that management at Ericsson intend to lay off around 25,000 employees as part of its new savings program that has been devised in an effort to counteract its financial plight.

In July, Ericsson formally announced that it planned to accelerate measures to meet a target of doubling its 2016 underlying operating margin of 6%. In addition to this, it also outlined its aim to reach an annual cost reduction run rate of at least $1.2 billion by the end of the second quarter of next year.

Ericsson stressed that any actions taken would primarily affect service delivery and common costs, and claimed that research and development would remain largely unaffected. However, the Swedish telecommunications colossus is facing increasing pressure from competitors such as China’s Huawei and Finland’s Nokia.

Other contributory factors to its financial woes is that of weak emerging markets and falling spend by operators with the demand for next-generation 5G technology still years away. Swedish media outlet Svenska Dagbladet claimed that a source within Ericsson leaked the information to them, but said it was unsure as to whether or not the planned culling of staff included employees within its media operations.

It has been claimed that these positions are up for strategic review, and many analysts have predicted that it is likely to be sold by the group. In a statement which was released on Ericsson’s website, a spokesman said it was too early to talk about ‘specific measures’ in relation to the latest jobs cuts at the organization. The statement read, “Ericsson has not communicated which specific units or countries could be affected. It is too early to talk about specific measures or exclude any country.”

This is just the latest in a long line of job cuts which have been made by Ericsson over the last number of years. Multiple job losses have been made in both Italy and Sweden. However, these reports if true would represent the largest reduction in staff by the company. Theres was hope that the appointment of a new CEO, and a number of board changes would reinvigorate the Swedish telecommunications giant, but that has thus far failed to materialize. Currently, Ericsson has around 109,000 employees.