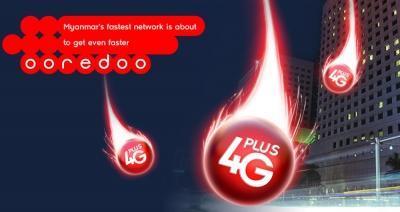 Mr. Meza told Myanmar Times that more spectrum will be required in order to execute a widespread deployment of 4G across the country. In order to do this, Ooredoo Myanmar has applied to purchase additional spectrum as stipulated in the terms of its license. According to a report by Telecom Asia, the application was recently granted to Ooredoo. Meza sad that the government has not yet provided an official date for when the additional spectrum will be released, but it is expected to be sometime over the next 12 months.

The availability of spectrum is a widely discussed issue within the mobile industry in Myanmar. The country’s telecom industry is reportedly considering making spectrum in the 900-MHz, 2100-MHz bands available for use, as well as the 700-MHz, 1800-MHz, 2300-MHz and 2600-MHz bands. Since Myanmar’s liberalization of the telecom sector in 2013, the country’s mobile industry has developed rapidly, contributing to growing demand for more spectrum.

The Myanmar Government recently selected Viettel for the position of foreign partner for a consortium of local companies to be granted the market’s fourth telecoms license. This consortium will compete directly against Ooredoo Myanmar, Telenor Myanmar, as well as the joint venture between Japan’s KDDI and Myanmar’s MPT.