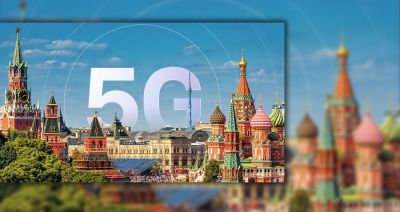 Russian mobile operator MTS has launched a 5G zone at VDNKh (All-Russian Exhibition Center), one of Moscow’s major attractions. Equipped by Huawei and functioning on the 28GHz and 4.9GHz frequency bands, the network became operational on Thursday.

The agreement between MTS and Huawei was signed in June during the St. Petersburg International Economic Forum.

5G is speeding up the development of self-driving vehicles in Moscow together with other future technologies, according to Eduard Lysenko, Head of the city’s Department of Information Technology: “Moscow is looking into the implementation of telemedicine and IoT technologies in city services which require a secure and fast connection”.

While the super-fast network is currently available around only one of the pavilions in the VDNKh complex, the pilot zone is expected to expand and cover almost the whole of the VDNKh area by 2020.

Owners of 5G-capable smartphones will be able to enjoy super-fast internet connections after the network’s commercial launch, as the first phone connected to the network demonstrated an internet speed of 1.2Gbps. This means it will take around one minute to download a full HD movie.

Moscow’s first 5G zone was launched earlier this month and covers the famous Tverskaya Street. Swedish telecom company Ericsson provided the equipment for the network, which is run by Russian mobile operator Tele2. By the end of this year, Moscow is expected to have four pilot zones, each operated by one of Russia’s four major telecom providers.