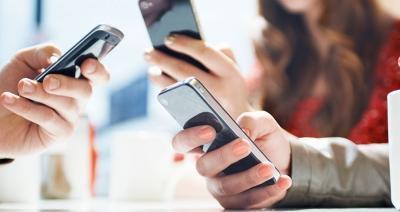 According to the GSMA, the association of mobile operators, the number of mobile phone users will surpass five billion in the middle of 2017. The GSMA said in a release that with populations in Asia - most notably India - increasing, the number, which stood at 4.8 billion a year ago, is expected to increase to 5.7 billion, or three quarters of the world's population, by 2020.

In its report 'Mobile Economy', the GMSA expects that Asia will account for around half of the total growth, with India alone contributing some 310 million new subscriptions in the coming three years. The report also indicates a trend towards mobile broadband networks and smartphones, which highlights the industry's growing contribution to economic activity and social development.

“Mobile is a global platform that today supports two-thirds of the world's population, delivering the connectivity and infrastructure that is powering new digital economies and addressing socio-economic challenges,” said Mats Granryd, GSMA director-general.

“Our latest Mobile Economy report reveals how the near ubiquity of smartphones and high-speed connectivity is enabling innovation in areas such as artificial intelligence and driving the digital transformation," added Granryd, citing trillion-dollar investment in global networks since 2010.

The large investment saw the telecommunications industry account for a 4.4 percent share of the world GDP worth $3.3 trillion dollars in 2016, according to the report, rising to a 4.9 percent share by 2020, for economic value equivalent to $4.2 trillion. The report also says the mobile ecosystem in 2016 employed 28.5 million people directly or indirectly, a figure it says would rise to 30.8 million by 2020.

According to the report, the telecoms sector would contribute $500 billion in tax receipts by 2020, up from $450 billion last year, not including revenue from spectrum auctions in the US, etc, worth almost $19 billion in 2016. In addition, mobile operators are forecast to invest an additional $700 billion by 2020 when 5G technology is set to bring vastly faster data connections.

On the other hand, 4G still holds great value, according to the report. 4G has been steadily becoming the norm, rising from current market penetration of 21 percent to approximately 41 percent by 2020. GSMA says 2016 saw 580 4G networks launched in 188 countries covering 60 percent of the world population. The report adds that 55 percent of overall connections were now running on mobile broadband (3G/4G) networks, which are forecast to account for almost three-quarters of connections by 2020.