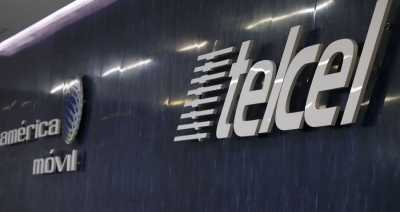 Mexico’s leading telecommunications operator has expressed its anger at rules introduced by the country’s telecommunication regulatory authority. America Movil, which is the world’s fourth largest mobile operators in terms of mobile equity subscribers, and is spearheaded by Mexican billionaire Carlos Slim.

However, Slim has vehemently voiced his opposition to the changes in regulatory policy which he believes are unfair towards his organization, and that it has subsequently led to a loss of its business rights. It’s the last chapter in what has been a complicated process in terms of reshaping the telecommunications industry in Mexico.

Reports are suggesting that the Supreme Court are considering whether to undo parts of an overhaul that blatantly tilted the playing field against the dominant force in Mexican telecommunications which is America Movil. The regulatory changes has led to a steep drop in prices in what Mexican citizens pay for cell phone services and internet access, which has rather inevitably been welcomed by Mexicans.

Legal representation for Slim have described the rule changes as ‘asymmetrical’ and ‘unfair’ which prohibit American Movil from charging other carriers for connecting their calls made to customers on their network, but let those same companies charge America Movil for connecting its calls to their customers.

In a statement released to the press, American Movil described this practice which has been applied to America Movil as the ‘zero-tariff’ - and has undermined the power of the sector’s regulator IFT as well as the rights of America Movil units Telmex and Telcel under past concessions awarded to them by the government.

In addition to this, the Mexican operator claims that it has been harmed by the loss of its rights to cost recovery, economic stability, and financial balance granted by the concessions. "Asymmetrical (rules) does not mean free," the company said in the statement.

Figures released from the telco sector in Mexico indicate that America Movil holds over two-thirds of the country’s mobile subscriptions. However, political commentators have described the landmark telecommunications reform as a huge political victory for Mexican President Enrique Pena Nieto. The Supreme Court has not disclosed when it might rule on the case.