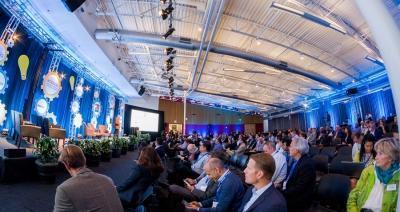 The most-focused gathering of telecommunications innovators in the world occurs next month at the Computer History Museum in Silicon Valley.  The TC3 Summit is a two-day exhibition in which carriers highlight case studies of their partnerships with startups that have expanded their offerings. Service providers such as BT, Deutsche Telecom, Sprint, Verizon, and China Mobile are slated to speak.

“There is nothing quite like it in the world,” says Liz Kerton, president, of the Telecom Council of Silicon Valley, which sponsors the Summit.  “In our ninth year we will bring together over 600 communication executives and entrepreneurs, allowing the biggest fixed and wireless carriers to take to the stage to present testimonials to their peers on what innovations they have deployed or taken-to-market to increase their capacity to serve their customers externally and constituents internally.”

Kerton got the idea for the first TC3 Summit in 2007, when she realized that the usual conferences and events have the startups pitch to the carrier—but at no point did the carriers pitch the entrepreneurs of the world.  And as partnerships became an increasingly important part of the carrier path going forward, actively attracting the best startups became a better carrier strategy than just waiting for them to knock on the door. TC3 was conceived as a unique Summit where carriers can pitch themselves as potential partners, reveal their technology roadmap and gaps, and help startups understand how best to engage with them.

"The carrier attendees at TC3 represent over two billion subscribers in the aggregate," said Kerton.  "They represent the most direct path-to-market for startups willing to navigate the white-water of their business development process. TC3 succeeds by smoothing out the way before them through open, direct, and personal communication."

In addition to this annual event, which is its largest, the Telecom Council holds nearly 36 meetings a year at world-class technology venues throughout Silicon Valley—AT&T, Oracle, Dell, Ericsson, and HPE all host meetings for Telecom Council Members and attendees on topics ranging from NFV to eSIM to IoT to Data Analytics.

“We were created by the very service provider tech scouts and technology vendors we today serve.  What started out as a monthly meeting over breakfast to compare notes on emerging technologies in Silicon Valley—a de facto peer review by the biggest telco innovators on earth—grew into a forum that includes participation by 2,000 executives per year from over 750 companies who pitch, present, demo, listen-in, or simply learn—and, of course, network.”

While TC3 is open to all, regular annual membership is slightly exclusive. According to Kerton, technology companies interested in attending a meeting or becoming a Member are vetted.  “The Council strives to have the right people in the room, specifically people charged with making decisions. That requires topical relevance, and a certain level of seniority. The caliber of executives and technologists in any of one of our meetings is our key differentiator in a business landscape where you can find a packed house of technophiles on any topic any day of the week.”

According to Fred White, CEO of LaaSer 911, an E911 startup and presenter at TC3 Summit this year, “The Telecom Council is an opportunity to develop personal relationships with the industry executives known internationally for their capacity to bring real change to some of the largest networks on earth—it’s simply not possible for an early-stage company like ours to get this kind of visibility or attention in any other venue.”

Thomas Kicker, VP, Group Business Development and Partnering in the US for Deutsche Telekom tends to agree: “What we appreciate most about any Telecom Council event is the care which goes into vetting startups for suitability prior to making introductions, and the ease with which we can validate work done with them by our peers at other service providers.  The cooperative, innovative spirit found in Silicon Valley is the reason for our presence here and for our continued participation at Telecom Council events like TC3 Summit.”

In addition to the many case studies on the agenda of the Summit this year, there will be presentations on the connected home, analyst overviews on emerging regulation, an overview of telecom incubators, and inquiries both into paths-to-market and how best to work with a telco.  Over 20 carriers will update entrepreneurs about their technology roadmaps needs and gaps. But also, according to Kerton, Day 2 is typical Telecom Council fare with ample opportunity to witness startups pitching the network operators and Tier 1 vendors.  “Council carriers listen to over 250 pitches each year from startups all over the world.  The best of these—about 35 startup— are nominated for what we call a ‘SPIFFY’ award in categories ranging from ‘the most innovative startup’ to ‘the most disruptive technology.’”  SPIFFY nominees this year include provocatively-named startups such as CUJO, PHAZR, Phluido, Rebeless, Smaato, TUPL and ZeroDB.  The SPIFFY award presentation will occur on the evening of the first day of the Summit.

“The success of TC3 Summit,” Kerton concluded, “is a proof that even in this hyper-connected business climate there remains a fervent need for executives and entrepreneurs to put down the phone, meet in person, and simply talk face-to-face about what they need and what they offer.  The spirit of telecommunications has always been one of collaboration and connections, Kerton reminded us, as the very first phone call ever made ended with the first telecom professional in the world stating to the second, “Come here—I want to see you!”