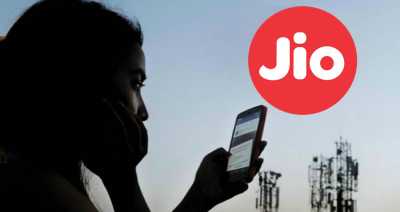 Reliance Jio, entered the telecommunications sector in September 2016, and has completely disrupted what is an already intensely competitive sector. It’s free data bundles ensured instant success – and it has forced its competitors to try and match its strategy. However, this will be a devastating blow if its security has been infiltrated on such a mass scale.

A spokesman for the operator has said that the data on the website ‘Magicapk.com appears to be ‘unauthentic’ and that its subscriber data was safe and is maintained with the highest security. However, some people voiced their concern and anger about the personal information of Reliance Jio users being made publicly available on this website via Twitter. Indian media outlets then reported that they had checked the claims out and that its findings led them to believe that the leak is real.

Reliance Jio has thus far declined to comment on the newspaper reports circulating in India in relation to alleged data breach of over 100 million customers. However, a spokeswoman for the 4G newcomer did disclose that they had informed the police of the alleged claims. She said, “We have informed law enforcement agencies about the claims of the website and will follow through to ensure strict action is taken”.

The Indian Express publication has claimed that it was able to cross-verify the details of a number of Jio customers known to them. The newspaper said: “Indianexpress.com checked with some Jio numbers and found that details of numbers bought as late as last week are up on the site. However, it was not clear if all the numbers are available on the site, as a lot of queries were throwing a blank.”

The website at the center of the controversy, Magicapk.com is coming up on browser searches as being ‘suspended’. It’s been reported that many users register for Reliance Jio services by entering a 12-digit Unique Identification Authority of India (UIDAI) number, which is more often commonly referred to as the ‘Adhaar’ number.

The Indian government has started mandating the use of Adhaar for a whole range of personal services such as filing tax returns and opening a new bank account. The ‘Adhaar’ number is designed using a similar system to that of Social Security numbers in the United States. The number is unique to every citizen and stores biometric data of users on a centralized database system.