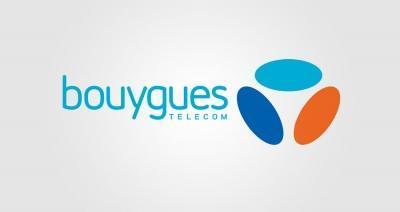 French telecom operator Bouygues announced it has bounced back after a loss of 59 million euros in 2015. The telco said it had gained one million new mobile phone customers in 2016, which has allowed the company to return to profit, with its one million new customers pushing its client base to 13 million at the end of December 2016.

“The positive commercial and financial results of Bouygues Telecom in 2016 confirm its strategic choices,” said chairman Martin Bouygues in a statement.

The company’s overall profits were affected by the 84 million euros that it had to pay to share its network with fellow French operator SFR which outweighed the 104 million capital gain Bouygues made from the sale of telecom masts to Spain’s Cellnex.

Bouygues, France’s third largest operator, said some two thirds of its customers have adopted 4G technology with a monthly data use of 4.2 gigaoctects (Go) per month on average, against 2.4 a year earlier. Bouygues joins France’s leading operator, Orange, which also reported a net profit growing nearly 11 percent to 2.93 billion euros in 2016.

Orange’s profits were boosted by a one-off gain of 4.5 billion euros from the sale of just over four percent in British operator EE. It was the first year that Orange, since 2008, has managed a rise in both its sales and Ebitda, said Orange Finance Director, Ramon Fernandez.

Overall, the French market declined by 0.9 percent as income from roaming charges dropped. The rest of Europe saw sales up 5.8 percent, mostly due to operations in Spain where turnover rose by 17.9 percent.

Orange had 201.7 million mobile phone customers worldwide at the end of 2016, up 0.9 percent from the previous year mostly thanks to gains in France and the rest of Europe. Meanwhile, Bouygues group, Bouygues Telecom's parent, reported net profit of 732 million euros for 2016, up from 403 million in 2015 and well ahead of analyst expectations.